There are so many uninspiring tosh all over the place, so I have just decided to latch on to some inspiring stuff by recalling the legendary one named Nelson Mandela.

The great man wrote the book Long Walk to Freedom: The Autobiography of Nelson Mandela, published by Little, Brown and Company of New York in 1994/95, and it fills 638 astounding pages. 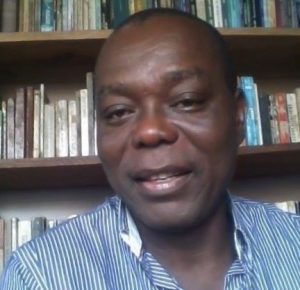 I totally agree with the Boston Sunday Globe newspaper which in its review of the book wrote that Long Walk to Freedom “should be read by every person alive.”

Mandela began writing the book clandestinely while in prison on Robben Island in 1974, and some of his fellow artful prisoners helped to smuggle installments of the manuscript out of the prison.

The copy of the manuscript which Mandela kept with him was discovered by the prison authorities who confiscated it.
Upon his release from prison in 1990 he collaborated with the writer Richard Stengel to produce the book.

Mandela was at birth given the name Rolihlala which in his native Xhosa translates to “pulling the branch of a tree”, or more colloquially “troublemaker”.

A child of destiny, he was born on July18, 1918 at Mvezo, “a tiny village on the banks of the Mbashe River in the district of Umtata, the capital of the Transkei.”

The regent told Mandela early in life that his lot was not to work in the gold mines like his mates, stressing prophetically: “It is not for you to spend your life mining the white man’s gold, never knowing how to write your name.”

Quitting the rural haunts and getting his education in Johannesburg, Mandela narrates: “Wits opened a new world to me, a world of ideas and political beliefs and debates, a world where people were passionate about politics.”

He thus became a freedom fighter, noting: “To be an African in South Africa means that one is politicized from the moment of one’s birth, whether one acknowledges it or not.”

Mandela joined the African National Congress (ANC), following in the footsteps of the avuncular Albert Luthuli.
The struggle progressively took over his entire life as he became comrades-in-arms with Oliver Tambo and Walter Sisulu.

He faced arrests and was convicted but given a suspended sentence; he was confined only to Johannesburg but worked underground, mobilizing the people.

He fired up through a rousing speech some 1,400 “delegates from all over the country representing one hundred and fifty different religious, social, cultural, and political bodies converged on Pietermaritzburg for the All-in Conference”.

Nicknamed the “Black Pimpernel”, he dodged arrests and travelled out of South Africa to visit Ethiopia, then Tangayika and so on.
He went to London with Oliver Tambo where he enjoyed the sights for a while.

He led the charge in forming the armed struggle unit of the ANC known as Umkhonto we Sizwe (MK).
When their cover was blown he faced trial in the infamous Rivonia Trial where he was sentenced to life imprisonment.

Mandela spoke the following memorable words upon conviction: “I have fought against white domination, and I have fought against black domination. I have cherished the ideal of a democratic and free society in which all persons live together in harmony and with equal opportunities. It is an ideal which I hope to live for and to achieve. But if needs be, it is an ideal for which I am prepared to die.”

He fiercely refused to cut a deal with his jailers.

He was made to break stones on Robben Island where he was imprisoned, and according to Mandela, “prison is an incubator of friendship”
He spent some 27 years behind bars, even managing to initiate talks toward the end of apartheid with his tormentors.

He awoke on the day of his release at 4.30am after a few hours of sleep; that day of history was February 11, 1990.
Mandela would go on to win the Nobel Prize for Peace in 1993, sharing the esteemed honour with F.W De Klerk.

The signature end of apartheid happened on April 27, 1994, when Mandela “voted for the first time in my life – along with my people.”
Of course Mandela was inaugurated as the first President of a free and democratic South Africa on May 10, 1994.

Mandela has written a deeply inspiring book in Long Walk to Freedom, a classic that deserves to be read by all throughout history.
Beyond the book, Mandela married Graça Machel, the widow of ex-Mozambican President Samora Machel, on his 80th birthday in 1998.
He set an example for other leaders by stepping down after one term in 1999, and in retirement, he was the toast of all across the globe.
On Thursday, December 5, 2013, Nelson Rolihlahla Dalibunga Mandela, the man famously celebrated as Madiba, breathed his last after a protracted battle with lung infection.

British Prime Minister David Cameron described Mandela as “a hero of our time”, stressing that “a great light has gone out in the world.”

US President Barack Obama paid this tribute: “Today he’s gone home, and we’ve lost one of the most influential, courageous and profoundly good human beings that any of us will share time with on this Earth. He no longer belongs to us; he belongs to the ages.”

Max Uzoatu, a poet and veteran journalist writes from Lagos.