Why Telegram became the go-to app for Ukrainians

For weeks, Russia’s military assault on Ukraine has been complemented by full-fledged information warfare. The Kremlin has propagandised Russian state media, and is trying to control the narrative online, too.

We’ve seen a bombardment of “imposter content” circulating – including fake news reports and deepfake videos – while Ukranians and the rest of the world have scrambled to find ways to tell the real story of the invasion. 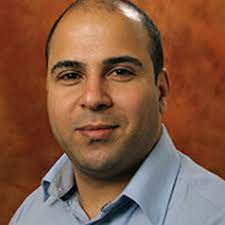 The instant messaging app Telegram has surfaced as one of the most important channels through which to do so. But what is it about Telegram that has millions flocking to it amid the chaos?

Telegram is one of the most popular social apps in Ukraine and Russia, and has been since before the invasion began. It’s a free cloud-based app that allows users to send and receive messages, calls, photos, videos, audio and other files.

The platform was first created in 2013 by Russian-born tech entrepreneur Pavel Durov – a figure who has butted heads with the increasingly authoritarian Russian state on numerous occasions.

Now Telegram is providing some clarity in a foggy environment of (mostly Russian) disinformation. It has even been a go-to point of contact for Ukrainian President Volodymyr Zelenskyy.

Telegram has several key features that make it an appealing option for communications relating to the war.

It facilitates public and private groups of up to 200 000 users (where individuals can send messages and interact), and channels (which allow one-way broadcasting to channel subscribers).

Through these groups and channels, organisations can reach hundreds of thousands of people with messages and audio/video live-streaming – all of which is encrypted and stored on the Telegram “cloud”.

However, while both public and private communications on Telegram are encrypted, the default encryption setting is not end-to-end encryption, and instead happens on a client/server basis.

The data is stored (albeit in an encrypted form) in the cloud and distributed across multiple data centres throughout the world. These data centres are controlled by legal entities in various jurisdictions, and subject to the laws of those jurisdictions. This data could be decrypted, although doing so would be difficult.

But Telegram does offer another layer of security through its “secret chat” feature. When this is enabled, the communication between two users becomes end-to-end encrypted. This data isn’t stored anywhere apart from the sender’s and receiver’s device. Not even Telegram can access it. Users can also set a “self-destruct” timer on secret chats. Once the timer ends, the communication disappears forever.

Telegram claims to be even more secure than similar apps such as WhatsApp and Line.

One feature that differentiates it from WhatsApp is anonymous forwarding. When this is enabled, any message forwarded by a user is no longer traceable back to them. The message includes their display name in plain, unlinked text, but this display name can easily be changed or deleted.

Telegram has a history of being leveraged as a protest tool in times of conflict and oppression.

In 2020, people in Belarus opposing the Russian-supported authoritarian leader Alexander Lukashenko used the platform to organise a mass protest of around 100 000 people.

It’s likely similar actions have taken place in the context of the war on Ukraine. President Zelenskyy has openly used Telegram to urge men to take up arms and resist the invasion.

Many Russians have also turned to the app for independent information, following the Kremlin’s clampdown on free media. Russian journalist Ilya Varlamov used Telegram to live-stream the invasion, and has acquired 1.3 million subscribers since the war began.

According to Time, there has been a 48% increase in the number of Russian subscribers on Telegram since 24 February when Russia’s invasion began. Presumably the bulk of these people are looking for independent news. Western outlets including the Guardian, the Wall Street Journal and the Washington Post have also joined.

Telegram is also valuable for Ukraine’s military, as it can help circumvent Russian surveillance and conduct intelligence operations. Russia’s penetration of Ukraine’s telecommunications networks has been pervasive during the invasion.

As is the case with any powerful technology, the privacy afforded by Telegram is also a problem in the wrong hands.

Telegram has a record of refusing calls to moderate content, perhaps due to Durov’s libertarian view of how such technologies should be governed.

The Russian government is running Telegram channels for state-affiliated media, including Sputnik and RT, and has encouraged users to turn to the app for pro-Kremlin content. Meanwhile, Russian bot accounts are spreading disinformation, often by posing as fake “war correspondents” supporting the Kremlin’s narrative.

Historically, Telegram has been profiled for all the wrong reasons. End-to-end encryption has enabled illegal activity on the app (including by extremist groups such as the Islamic State).

One study found the number of Telegram groups or channels shared in dark web cybercrime and hacking forums increased from 172 035 in 2020, to more than one million in 2021.

Telegram provides criminals and hackers the same opportunities as the dark web, VPNs and proxy servers: all of these tools make it difficult to trace the location of a cybercriminal, and therefore hinder efforts to gather intelligence.

For example, the private Telegram channel “combolist” – on which hackers sold and circulated large amounts of stolen data – had more than 47 000 users before it was taken down.

And last year, a US non-profit group sued Apple and demanded it remove Telegram from its app store (just as it removed Parler) for failing to prevent violent content spreading after the 6 January 2021 Capitol attack. Telegram remains available on both the Apple and Google app stores.

Telegram has a record of refusing calls to moderate content (perhaps due to Durov’s libertarian view of how such technologies should be governed). Moreover, the way the platform is built means there is a limit to how much it can be moderated. In many cases, Telegram won’t be aware of illegal activity until it is notified.

And with end-to-end encryption, it’s difficult to know just how much harmful content is making the rounds. Telegram can only intervene in a limited number of cases, and with narrow capacity.

Still, it seems mounting threats and legal concerns have started to chip away at Durov’s resolve.

A ban on Telegram was enacted by Brazil’s Supreme Court last Friday, in a bid to stop fake news spreading ahead of Brazil’s October elections.

The ban was lifted two days later, after Durov took actions to comply with the court’s requirements. He deleted posts by Brazilian President Jair Bolsonaro, removed one supporter account and promised the monitoring of others.

Similarly, Germany threatened to shut down Telegram in February to prevent “hate and incitement” from far-right groups and Covid conspiracists. It’s reported more than 60 channels were removed in response.

It seems Telegram finds itself between a rock and a hard place. It’s limited, by design, in how much it can filter content. Yet despite the social and enforcement challenges, it continues to be a lifeline for those resisting the Russian invasion.The Conversation

PETER OBI AND THE POPULAR IMAGINATION.