Hakeem Odumosu, a former police commissioner in Lagos who retired recently as an assistant inspector general of police, will be the government liaison officer on the committee. 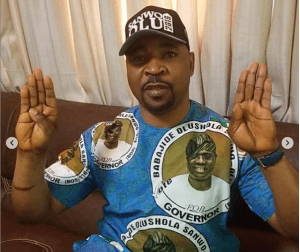 Lagos State commissioner for information Gbenga Omotoso said the committee will oversee the affairs of all motor parks and garages in the state.

The Government on March 10 suspended NURTW operations in all parks and garages after MC Oluomo announced that the state chapter of the National Union of Road Transport Workers had pulled of the national union, hours after he was suspended by the union’s leadership over alleged insubordination.

“This is in fulfillment of the government’s promise to ensure that events in the National Union of Road Transport Workers (NURTW) are not allowed to threaten law and order,” Omotoso said in a statement.

“Government has, therefore, exercised its constitutional powers to ensure that no vacuum, which can disrupt the peace of our dear State, is allowed to exist in the parks.”

With this, it is expected that peace will return to all parks and internal transportation system in Lagos State.