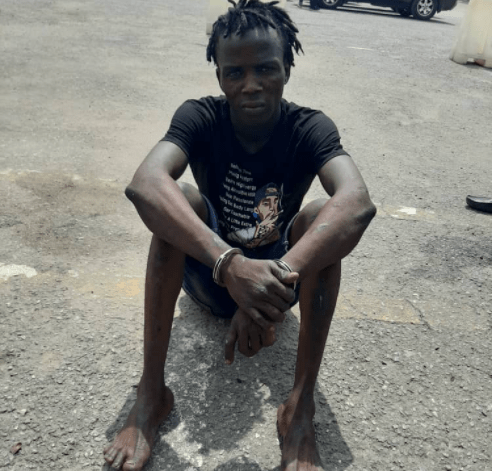 The men of Lagos State Police Command have arrested four suspected cultists and traffic robbers allegedly dispossessing unsuspecting members of the public of their valuables in various parts of the state.

The state Police Public Relations Officer, Muyiwa Adejobi, said in a statement on Wednesday that the command was committed to tackling cultism and other forms of criminality in the state. 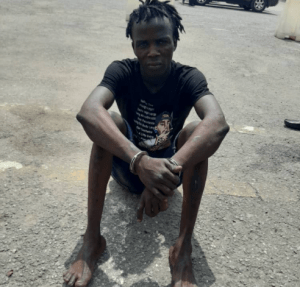 He stated that the Commissioner of Police, Hakeem Odumosu, gave the assurance while addressing area commanders, heads of departments and tactical commanders at the POWA Hall, Oduduwa, Ikeja.

Adejobi said, “In total compliance with the directive and anti-crime strategies of the Commissioner of Police, operatives attached to the Area ‘D’ Command, Mushin, on May 17, 2021, arrested one Nwugo Oforuike, 30, a member of the Aiye Confraternity, who hails from Imo State, with one locally-made pistol, one live cartridge, one car key, one Infinix Hot 8 phone, one neck chain and an iron rod.

“In the same vein, police operatives attached to the Ojo Division of the command, around 6am on the same day, arrested a suspected serial housebreaker, Marcus Ikechukwu, 34, of Karabosowa, Ojo, Alaba, Lagos, who had been terrorising and breaking into people’s houses in Ikotun, Igando, Surulere and other places within the state.

“The police team on patrol at the Alaba International Market, Lagos, intercepted one green T4 bus and upon a search, some suspected stolen items were recovered. The items include one large cutter for breaking into houses and three big generators. The suspect has confessed that he has broken into many houses in Surulere, Igando and Ikotun areas of the state.”

In another development, police operatives attached to the Ojo Division on the same day around 10.30pm, also arrested two suspected traffic robbers at the Tiv Yam Market, off the Lagos/Badagry Expressway, Alaba Rago.

Adejobi added, “The suspects are Abdulkareem Hamzat, 24, of old NEPA Road, Alaba Rago, Ojo; and Nura Adamu, 20, of Karabosowa, Ojo, Lagos. They were caught in possession of two dagger knives, a giant cutter, one cutlass, catapult and some weeds suspected to be Indian hemp.

“The CP has directed that the suspects be handed over to the command’s Special Squad, Ikeja, for proper investigation and possible prosecution.”