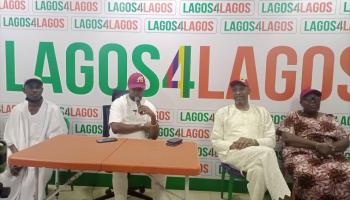 The National Secretariat of the All Progressives Congress (APC) has acknowledged receipt of Lagos4Lagos local government executives and delegates lists as submitted by the group after the Lagos State chapter of the Party held a parallel Local Government Congresses last Saturday to elect new officers.

Lagos4Lagos Movement, alleged by many as a group formed to break the stranglehold of Asiwaju Bola Ahmed Tinubu on Lagos politics, claim that their mission is to champion the cause for equality and level playing ground among members of the party. It could be recalled that the state chapter of APC, led by Tunde Balogun, also held ward and council congresses which had been a subject of controversy in the State. 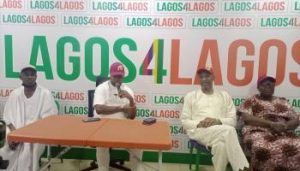 In a statement by Mr Seun Soyinka, State Public Relations Officer, PRO, for Lagos4Lagos, stated: “In line with the mandate from the APC National Secretariat, members of the Lagos4Lagos Movement trooped out in all the 20 LGA in Lagos State to elect their officers in a hitch-free democratic manner.

“Basking in the euphoria of the recently concluded APC Ward Congress, Lagos4Lagos movement maintained a sustained consolidation by electing officers who will take charge of the party activities in all the 20 LGA in Lagos State, devoid of any rancour.

“The movement, with this current thrust, has taken over the party structure in all the 20 LGAs of Lagos State.

“In the same vein, on Friday, members of the Lagos4Lagos movement were ecstatic and upbeat as their executives were inaugurated across the 245 wards in Lagos State.

“This has undoubtedly reaffirmed our formidable reach and capacity. It also laid to rest the undeniable fact that the party administration, even at the grassroots level is dominated by members of the Lagos4Lagos movement.

“The Lead Visioner of the Movement, Dr Adediran (Jandor) used the opportunity to congratulate the newly sworn-in ward executives and those elected today at LG Congress.”

He, therefore, admonished them to be just and democratic as they take full charge of party administration at the grassroots.

Speaking further on the development, Jandor expressed firm optimism, stating that “active democratic participation of all stakeholders is required for the enthronement of the government of the people, by the people and for the people.

“We are indeed mobilising for progressive change,” he concluded.

Soyinka, in a statement on Tuesday, presented an acknowledgement copy by the national body, as attached in this report.

However, in an earlier reaction to the exercise on Saturday, APC caretaker Publicity Secretary, Mr. Seye Oladejo, stated that: “The exercise has been generally peaceful from reports across the state.

“The constitutional provision of consensus which was also encouraged by the national caretaker committee was upheld.

“The process which culminates in the national convention will no doubt reposition the party for the challenges ahead.”

Reaction of Jandor, “Your Excellency,

“In apparent maintenance of uninhibited and unconcealed dictatorship holding sway in Lagos, as copiously expressed in my last letter to you on the shameful outcome of the APC Ward Congresses that held in the state on July 31. 2021; the Lagos APC Local Government Congress that held on September 4, 2021 unfortunately took the same turn.

“However, we at the Lagos4Lagos Movement have gone ahead and affirmed all our LGA Executives across the state, having realised that the Tunde Balogun led Caretaker Committee continued to be adamant and insistent on their usual practice of excluding other stakeholders and remain absolutely intolerant of popular choices of the people within the party.