In another attempt to rewrite the history of the operations of the Office of the Vice President, Kperogi alleged that Osinbajo appointed only his Christian brethren to work as aides 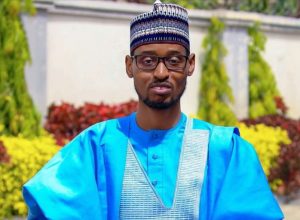 Once he was elected into office, Prof. Osinbajo appointed a Muslim, Abdulrahman Ade Ipaye, as his Chief of Staff (the Deputy Chief of Staff to the President, based in the Office of the Vice President). Kperogi wont be oblivious of this fact, but pretended to be and failed to mention that many of Osinbajo’s closest and most of his senior aides are Muslims.

A cursory look at appointments in the VP’s office show that many of his closest aides are deeply rooted in Islam. For instance, the Special Adviser to the President on Social Investments, Hajiya Maryam Uwais, who handled the single biggest social investment programme in the history of Nigeria, is a Muslim. She was assisted in that role by another Muslim faithful, Barrister Ismaeel Ahmad, the Senior Special Assistant to the President on Social Investment. Another senior aide in his office is his Senior Special Assistant on Legal and Compliance Matters, Dr Balkisu Saidu.

Others include the Special Adviser to the President on Infrastructure, Ahmad Rufai Zakari; the Special Adviser on Political Matters, Sen. Babafemi Ojudu; Special Assistant to the President on IDPs, Mohammed Brimah, among others. Each one of them played and still play critical roles in the Vice President’s office and in his sphere. Never have they suffered any form of Islamophobia from Prof. Osinbajo as fabricated in Kperogi’s warped mind.

On allegations that the VP’s law firm employs no Muslims.

Kperogi even stretched his lies further by trying to fraudulently alter the past, like the plot of a bad sci-fi movie. He claimed that at Simmons Cooper Partners – the law firm where Prof. Osinbajo practiced after he served as the Attorney-General of Lagos State and when he ran for the office of Vice President, had an unwritten law against hiring Muslims. Incredible!

This is just flat out false. Prof. Osinbajo would not be a party to such blatant discrimination and no such policy was ever in place, formally or informally. While in the firm, he was one of three senior partners at the firm at the time. By the reason of my proximity, I know at least three Muslim lawyers in senior positions at the prestigious law firm.

Given the diversity of their clientele and the huge cases the law firm have been involved in, such an allegation can only be in the figment of Kperogi’s fertile but warped imaginations.

Kperogi’s penchant for mudslinging has made him blind to these facts about Prof. Osinbajo hence his resort to arm-twisting tactics to make Nigerians see Osinbajo in a negative light.

 His campaigns over the years either against the VP or any other victim have been based on falsehoods and innuendos. His expertise is in mixing up half-truths to buttress his point and it is only a matter of time before Nigerians, including his followers, begin to call him out. Kperogi may be rich in many ways, but in truth and character, he is very impoverished.

Never in our democracy have the President and the Vice President been this close and enjoy great synergy for this long. It is only utterly depraved minds like that of Kperogi that would falsely claim that Prof. Osinbajo would ever wish his boss any harm. The church event, which Kperogi referred to has been roundly debunked. The accuser neither provided the date nor the exact location.

*Manzo is the Special Assistant on Political Affairs to the President, Office of the Vice President