Koeman to continue as Barcelona coach 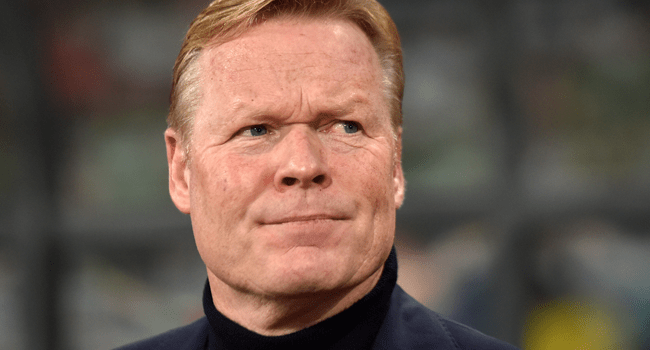 Ronald Koeman has escaped the Barcelona axe with club president Joan Laporta announcing on Thursday the Dutchman is to continue as coach next season.

“We’ve decided to give continuity to a contract already in place,” Laporta confirmed after a meeting of the club’s directors.

Koeman’s confirmation comes after the Catalan press had hinted that winning round Lionel Messi as well as lifting the Copa del Rey and overseeing a year of transition may not have been enough for him to keep his job.

Laporta explained: “We think it’s the best for Barca and we are very happy to be able to announce today that Ronald Koeman is staying.”

He said “very frank and straight” conversations had taken place before committing to Koeman until the summer of 2022.

“This time for reflection was necessary… to see together what didn’t work at the end of last season”.

Koeman remains in the Camp Nou dugout after a “unanimous” vote despite Barca’s last 16 Champions League exit to Paris Saint-Germain and a disappointing end to the Liga title race.

“He showed what we already knew, that he is a true professional.

“I’m sure we are going to have a great season.”