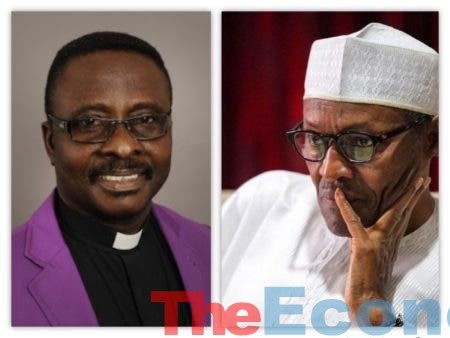 CAN advises President Buhari to revisit all his electioneering promises on security and compare them with current realities.

The Christian Association of Nigeria (CAN) has condemned the abduction of 333 students of Government Secondary School, Kankara, Katsina State.

CAN also said that the worsening security situation across the country shows that Nigeria is “almost becoming a failed nation.”

The group’s statement by Adebayo Oladeji, Special Assistant (Media and Communications) to the CAN President, described the incident as another tragic chapter in the history of the country. 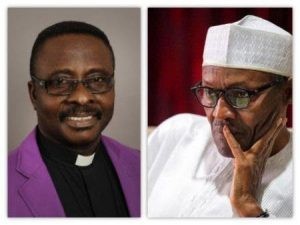 PREMIUM TIMES reported how 333 schoolboys of the school were abducted on Friday by the gunmen.

A terrorist group, Boko Haram, has claimed responsibility for the raid.

The federal government said security operatives have already located where the abducted students were taken to and they “would soon be rescued”.

CAN expressed its sadness over the incident in the statement below:

“The fact that the unfortunate incident happened while the Chief Security Officer of the country and the President, Muhammadu Buhari, is in his home State means these criminals have sent a strong message to him that the security architecture of the country has been compromised under his watch.

“The abduction has also exposed the failure of both the government and the security agencies to learn from the abduction of 276 Chibok schoolgirls in 2014 in Borno State and 110 schoolgirls at the Government Girls’ Science and Technical College in Dapchi, in Yobe State in 2018.”

“It also means all stakeholders in the Education sector have learnt nothing from the two historic tragedies despite the fact that our security agencies have failed to secure the release of the remaining Chibok schoolgirls and the only Dapchi schoolgirl, Leah Sharibu, who is still wasting in the den of the terrorists.

“From all indications, our governments are not bothered about the security of the people despite all the killings that are being recorded daily. The President turned down the invitation of the House of Representatives to explain and rob minds with the legislators on the way out of our deplorable security situation in the country. What an attitude of ‘I don’t care!’ President Muhammadu Buhari should remember that history is being written about him with the way he is addressing all these security challenges just as we are talking about the Chibok schoolgirls and the Jonathan administration.

“This was what CAN foresaw long before now when we were calling on the President to sack the service chiefs and by extension to overhaul the security architecture. But he was not ready to listen to the Voice of Wisdom. We advise President Buhari to revisit all his electioneering promises on the security and compare them with what the security has become under his watch.

“President Buhari should disregard the bad advice from the cheer leaders around him who are saying that all is well so that they might keep their jobs. They are enemies of the nation and of his administration.

“The country is almost becoming a failed nation. Kidnapping has reached unimaginable proportion with no clue to it from the security agents. Victims’ relatives and friends are being left at the mercy of the kidnappers as they bargain for the release of their people as if they are commodities put out for sale.

“Week after week, we continue to witness major assaults or debilitating attacks on innocent citizens. Is there no government in place anymore? Is this the way other governments of the world respond to life consuming threats like we have?

“The leadership of the Christian Association of Nigeria (CAN) calls on all relevant security agencies to rise up and liberate all these innocent students before those who are holding them captive begin using them as suicide bombers. We also call on the International Community to come to our aid in Nigeria and help put to a permanent end the siege of terrorists, bandits and criminal herdsmen masquerading and causing mayhem in our country. They shouldn’t wait till when the situation snowballs into a civil war.