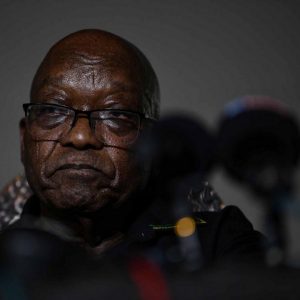 South Africa’s former president Jacob Zuma has lost his bid in the Pietermaritzburg high court for a stay of the warrant of execution for his arrest. Zuma launched the application on Tuesday‚ a day before the deadline set by the Constitutional Court for the police to arrest him to begin serving 15 months in jail for contempt of court.

The former president began serving the sentence on Wednesday evening and is presently incarcerated at Estcourt Prison. If Judge Jerome Mnguni had granted his application‚ it would have paved the way for his release‚ at least until his rescission application is heard by the apex court on Monday.

Mnguni dismissed the application with costs.