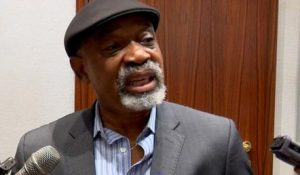 The Minister of Labour and Employment, Chris Ngige has said it’s illegal to pay doctors when they’re not working. Dr. Chris Ngige while expressing his views that it is illegal for doctors to expect to be paid when they aren’t at their duty posts, noted that he will not support the demand of the doctors because it is against the law.

He stated this while speaking on Saturday when Sam Jaja, chairman of the Forum of Health Institutions in Nigeria (FCHIN), paid him a visit in Abuja, FCT.

Ngige said, “[The doctors want that] section 43 of the Trade Dispute Act should not apply to them. That we should insert in a government agreement that they should be paid for the period they are not at work. I’m being careful about this.

“This is law and I will not lend myself to illegality, to state in the agreement that a group of Nigerians are above the law. But as a matter of fact, a clause in that agreement states clearly that nobody should be punished for participating or not participating in the strike.

“So what else do they want ? They want me to put in writing that they are above the law. That “no work, no pay” policy should not apply to them. That the “no work, no pay” is no more part of our law, despite the fact that I swore to uphold the constitution?

“This is notwithstanding that a clause in the agreement says that no one should be punished for any role in the strike.”