In Nigeria, the debris rises to the top 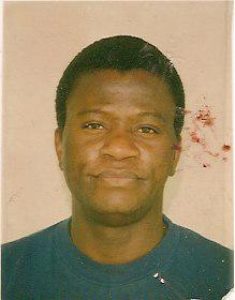 As the sun begins to set on the political ascendancy of Nigeria leader, Major General Muhammadu Buhari (retd.), prospective successors are coming out of the woodwork.

If one had a choice, we would be seeking the most potent candidates: men or women with a strong track record in public policy and service.

We would be seeking committed candidates who recognise that they do not need to possess every answer if they are strong enough of mind and spirit to seek answers and inspiration in others.

We would be seeking men and women in robust health, if not relative youth: people who will not turn the presidential palace into a glorified hospital or make a foreign medical destination of the presidency.

But because it is Nigeria, and it is a democracy, anyone and everyone can shoot for the highest public job in the land, and with just two weeks into 2022, that is what we have witnessed.

The biggest of such figures is Ahmed Bola Tinubu, the National Leader of the ruling All Progressives Congress (APC) and “Governor-General” of Lagos State, and his declaration of his intention to run has quickly become the most controversial subject in the country.

My position is that Mr Tinubu is welcome to run.  It is his right as long as neither he nor anyone else interprets his signal of interest to mean that the competing ambition of others is automatically bought, sold or forfeited.

On the face of it, Tinubu’s ambition is somewhat comatose on arrival, as whatever passed for his credibility when he became governor in 1999 has disappeared.  Even if his run for the presidency were to end in failure, however, it would be a tremendous personal success for him was he to seize the opportunity to resolve his controversies, a case I made last month.

Appearing before journalists at the presidential palace last week, Tinubu said: “I have informed the President of my ambition but I have not informed Nigerians yet, I am still consulting. And I have no problem consulting. And I’ve not set a parameter of limitation to the extent of how many people I will consult.”

This is a good start, but consulting with anyone, including Buhari, is irrelevant.  What is critical is the substance of the ambition, which will remain hollow and laughable for as long as he fails to confront the legion of questions about him.

One week before the presidential election in 2015, I warmly welcomed the energetic inquiry of the then-ruling People’s Democratic Party (PDP) into the brewing certificate scandal of the APC candidate, Buhari, affirming that the PDP’s outrage was fair.

I characterised it as an electoral matter because it consisted of character and constitutional issues, writing, “The PDP is doing Nigeria a favour because it is talking about a fundamental question. A candidate has to be evaluated for office, constitutionally and practically.”

Thanking the PDP, I said it was trying to win an election it knew that “should it lose, would replace its heaven with considerable hell,” adding that everyone contesting an office would from that time be open to questioning.

Buhari did survive that crisis to win the election, but he never survived the public’s loss of confidence in him because character is the fundamental question in corruption, and when he began to founder upon taking office, he transferred the damage to his government.  Strangely, the worst PDP personnel became the most comfortable throughout Buhari’s tenure.

The important gain to Nigeria of the public examination of Buhari’s school certificate credentials, or lack of them, however, is what is now at the feet of Tinubu.  Hopefully, he carries in his agbada a bulky folder from which he can persuasively answer questions about himself.

I therefore defend the right of the APC chieftain to contest for the highest office in the land the same way I defended the right of the PDP in 2015 to pursue Buhari’s certificates.  Nigerians deserve to pinpoint the identity of anyone who wishes to lead as an element in determining which of the competing candidates is the most credible.

As Nigerians would recall, it was in the middle of 2012 that Buhari first indicated he would run for the presidency for the fourth time.  He would be 73.

He did win, but he has also performed scandalously, arguably because of his advanced years, poor health, low energy, and absence of motivation.  Each element is also present in Tinubu’s bid for the same office.

A key point in the disrobing of Buhari that is often overlooked is the refusal of the aging political elite—think Olusegun Obasanjo, Ibrahim Babangida and Buhari—to identify and groom potential leaders around them.

In 2012, I urged Buhari to rise beyond his arrogance.   “While Nigeria is a country where integrity is in very short supply, surely since Buhari’s days as Head of State, he has identified younger people with similar values?” I asked.  “If he has, he should be supporting one of those people now for leadership.  If he has not, it would be difficult to argue that he has been a success.  And if he is the only principled man he knows, that is no success at all.”

I argued that at 70, people like Buhari ought to be focusing not on the presidency but on “developing structures, processes and mechanisms” that would serve Nigeria well irrespective of who is in charge.

Instead: Obasanjo foisted on Nigeria Umaru Yar’Adua and Goodluck Jonathan.

Instead: former electoral commission chairman Attahiru Jega left office in 2015 without charging to court any of the “Big Men” his electoral register had flagged in 2011 for double registration.  [“For the first time, we are saying that if you violate the law, we have the capacity to apprehend and prosecute you,” he had bragged].

Instead: Buhari insisted on Buhari, just as Tinubu now insists on Tinubu.

Buhari has not said one quotable or original thought in the past seven years.  Where he can remember them, he recycles the same cliches and half-thoughts from the 1960s or 1980s, proof of a medical condition, some people generously suggest.  There is no evidence that Buhari has ever read any important document relating to governance in Nigeria, including the constitution or, for that matter, the celebrated Justice Uwais report on electoral reform.

Because somehow, and sadly, in Nigeria the debris rises to the top.  Everyone, no matter how pernicious and putrid a track record, wants to rule the country. But the politician is only a small part of the problem.  A bigger problem is the followership.

And then there is the mass media, which—for whatever reason—has serious identity issues and a dangerously limited attention span.

This article was first published in The Tribune

What South Africa can Learn From India’s IT Boom

Who cares about political parties anymore?