How Africa is Losing $50 Billion Annually Through Illicit Financial Flows 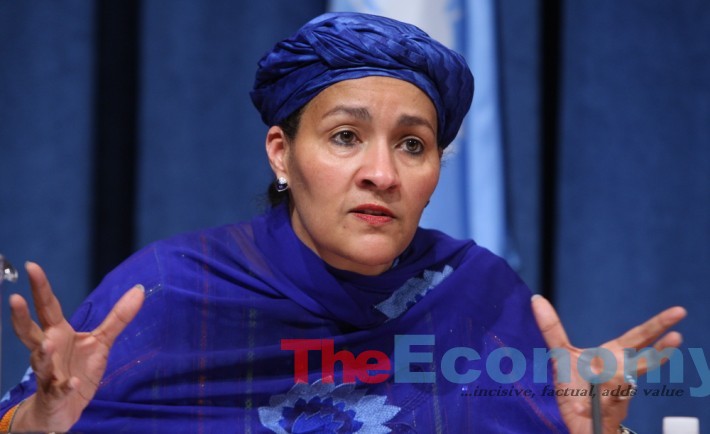 The preponderance of illicit financial inflows into Africa which are driven mainly via tax fraud, criminal activities, money laundering or bogus invoicing have become a worrying threat to the security and stability of the continent. This was made known by the UN Deputy Secretary-General Amina Mohammed during a high-level virtual meeting held under the African Union’s (AU) “Silencing the Guns” initiative. This came to the fore at a time when Africa is mobilizing resources for pandemic recovery and sustainable development, illicit financial flows (IFFs) are robbing the continent of 50 billion U.S. dollars annually. These staggering losses “would be enough to bridge nearly 75 percent of Africa’s health financing gap, provide inclusive education for all children there, and fund infrastructure projects,” the UN deputy chief added.

“These flows pose a threat to stability and security in African countries, undermine institutions and democracy, and jeopardize sustainable development and the rule of law,” she said.

“Women and girls are particularly exposed to criminal activities and conflicts driven by IFFs as they are subject to trafficking and sexual violence which are used as weapons of war,” Mohammed noted.

Illicit financial flows refer to the illegal movement of money from one country to another, for example, through tax fraud, criminal activities, money laundering or bogus invoicing.

The high-level meeting examined how they fuel instability in Africa. It was co-hosted by the Office of the UN Special Adviser on Africa and the AU’s permanent observer mission to the UN, together with South Africa and Nigeria. The AU’s campaign on “Silencing the Guns in Africa by 2020” aims to achieve a conflict-free Africa, prevent genocide, make peace a reality for all and rid the continent of wars, violent conflicts, human rights violations, and humanitarian disasters.

In February 2019, the UN Security Council welcomed Africa’s campaign on “Silencing the Guns” and called for international support to achieve peace in every country. At the UN headquarters, Secretary-General Antonio Guterres has set up a taskforce led by Assistant Secretary-General for Peacekeeping Operations for Africa, Bintou Keita, to coordinate all UN agencies to support the “Silencing the Guns” campaign.