How Africa Copes With The Global Oil Crisis

Energy experts say the growing oil crisis across the globe is a wake-up call for the African continent to become less dependent on foreign oil supplies. The cost of fuel has risen sharply, with Brent crude oil hitting a 14-year high in recent weeks. It remains firmly above $100 per barrel at the time of publication. 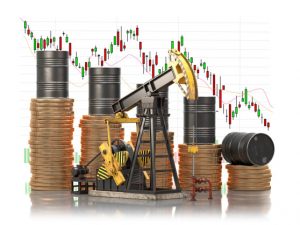 With the military conflict in Ukraine, concerns have arisen around the world’s ability to meet its energy needs. The United States and the United Kingdom have banned Russian oil imports, with the European Union under pressure to follow suit.

“Nobody really anticipated needing to grow significantly,” Vicki Hollub, CEO of Occidental Petroleum said during a recent conference in Texas.

“That’s the challenge now. If you didn’t plan for growth, you’re not going to be able to achieve growth today,” she adds.

Regardless of the outcome, the squeeze is being felt across the globe. Some governments have decided to subsidise their citizens’ energy bills, or to reduce the cost of public transport, as has been the case in New Zealand.

“There are untapped oil and gas reserves in Africa which we believe should be developed with good carbon management strategies. Oil and gas offer solutions to regional and international energy demand” Sinclair said.

“Whilst the world transitions to low carbon it is imperative that Africa develop its upstream capabilities alongside renewable energy solutions which will result in a win-win for all.”

Sinclair said that African countries are re-thinking their approach to energy.

“I expect we will see a major shift in policies in many countries to address their energy needs, amidst this crisis, when heads of state, ministers, business leaders, and stakeholders gather at Africa Oil Week 2022,” he said.

Sinclair added that Africa’s energy requirements need to factor in the economic imperatives of the continent.

“According to the United Nations, an estimated 490 million people live below the poverty line and less than half of African countries have experienced inclusive growth in over twenty years,” said Sinclair.

“By adding an energy crisis to the mix, I have little doubt that we will see a strategic review in this sector,” he explained.

However, oil and gas are not the only options for Africa. The Green Energy Africa Summit will be delivered alongside Africa Oil Week to ensure the overall energy mix is addressed from nation to nation. The events together will allow delegates to get a 360-degree view of the sector during a time of disruption.

Only 18 of Africa’s 55 nations currently produce oil, led by Nigeria, Angola, Algeria, and Egypt. Together, they produce less than 10% of the world’s output.

Sinclair explained that when you study the numbers, you can see that Africa has no choice in the current circumstances to increase its energy security.

This is already happening. South Africa has been exploring potential gas deposits off its coastline, while the Gambia is looking to license two oil-exploration sites in the coming months.

Mozambique and Tanzania have reportedly discovered crude oil, while exploration has been undertaken in some other African countries, such as Chad, Sudan, and Namibia.

Approximately 2,400 hydrocarbon deposits have been discovered in Africa, 700 of them large enough for significant exploration.

Sinclair predicted 2022 will be a significant year in the African energy sector.

“The continent knows it needs to expand its production of hydrocarbons and renewable energy production if its economies are to remain competitive. We expect this will be an area of high investment,” he said.