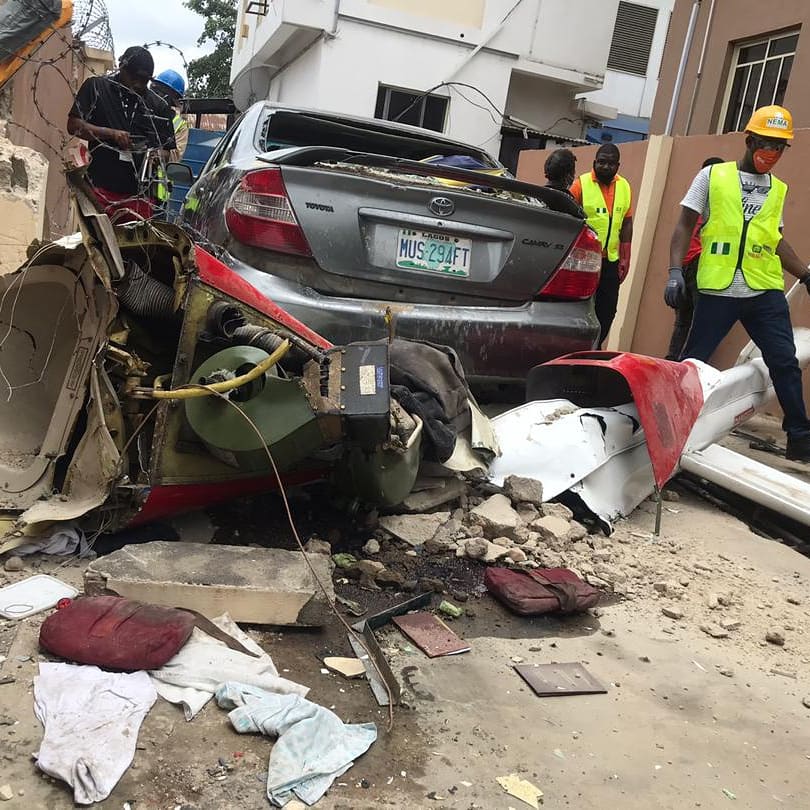 Two persons have died and another critically injured after a helicopter belonging to Quorum Aviation crashed into a private building in the Opebi area of Lagos State on Friday.

The General Manager, Lagos State Emergency Management Agency, Olufemi Oke-Osanyintolu, said bodies of two dead persons have been removed, while the injured person had been admitted into the Intensive Care Unit of the Lagos State University Teaching Hospital (LASUTH). He said the agency received distress calls concerning a privately operated helicopter that crashed into 16A Salvation Road, Opebi, Ikeja and immediately activated the emergency response plan.

“The helicopter was carrying three people, one is in the intensive care unit at the Lagos State University Teaching Hospital, while the other two were killed on impact and their bodies have been deposited in a mortuary. We are on top of challenges, especially crowd control. The operation is ongoing and updates will follow”, he added.

Osanyintolu disclosed that people on the ground were not affected by the crash.

Meanwhile, the Accident Investigation Bureau (AIB) has recovered the black box from the crashed helicopter while emergency response agencies began clearance of the wreckage from the scene.