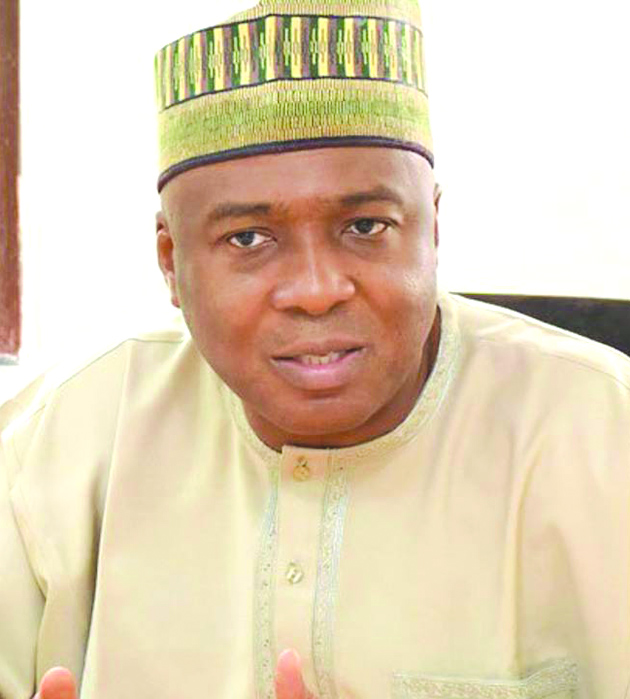 The agitation for the entrenchment of fiscal federalism and the restructuring of the Nigerian federation by devolving power from the centre to the federating units suffered a setback recently in the National Assembly. Members of the Senate and the House of Representatives, who commenced the process that would pave the way for the second amendments of the 1999 Constitution, voted against devolution of powers bill. The bill was intended to alter the Second Schedule, Part I & II of the 1999 Constitution and devolve powers to the states to handle the railways, collect stamp duties, regulate electricity and tertiary health institutions. The bill that sought to expunge the Land Use Act from the constitution was also rejected by the Senate.

Many Nigerians are not happy that the bills for the devolution of powers and the abrogation of the Land Use Act that provided answers to the yearnings for the restructuring of the federation and the entrenchment of fiscal federalism failed to scale through.

Akin Oyebode, professor of Law, University of Lagos, said it is unfortunate that the National Assembly was focusing on trifles while leaving the main issues out of contention, which is to enact laws for the convening of a constituent assembly that should give Nigeria a new constitution. “I’m not surprised that there are so many members of the Senate that have a vested interest in maintaining the status quo. So, for me, they have lost the time and the opportunity to make a statement when the only game in town right now is devolution of powers. If you don’t restructure Nigeria, then Nigeria will die. It is as simple as that. If you do not do anything about dismantling or restructuring or reconfiguring as a modalities of our co-habitation then what is the point,” Oyebode said.

Similarly, former Vice President Atiku Abubakar, pooh-poohed the constitutional amendment process as self-serving, shocking and saddening. “I’m shocked by some so-called progressives’ visceral and cynical opposition to restructuring. Instead of building the foundations for a true federation, a small group of so-called progressive senators decided to stick with the new party line, pretending they didn’t know what restructuring was all about, and that even if they knew, it couldn’t be done. Let me be clear. Restructuring is no panacea to all our nation’s problems. But devolving resources and responsibilities from an overbearing, unresponsive, and ineffective Federal Government to the states is the first step we must make if we are serious about putting our nation back on track, and our people back to work,” Atiku said.

In the same vein, both the Afinifere and the Ohanaeze Ndigbo, were disappointed with the decision on power devolution. John Nwodo, president general of Ohaneze Ndigbo, said he was shocked that members of the National Assembly failed to appreciate the mood in the country that showed clearly that majority of Nigerians were desirous of having a true federal system. “Any action whether legislative or executive in this country today that is not programmed to respond to the yearnings of the populace will amount to exercise in futility. Ohanaeze therefore urges the National Assembly and other legislative levels involved in the constitutional amendment in the country to put the interest of the country first and ensure that its actions are such that would help to douse the tension and stabilise the country,” he said.

Yinka Odumakin, spokesperson of the Afinifere described the ongoing constitution review as an exercise in futility that failed to address the fundamentals. “They have majored in minors while rejecting the critical issues of federalism or avoiding it. They have confirmed the fears that nationhood cannot be addressed through this National Assembly. They have only put Nigeria on the road to auto-restructuring,” he said.

Chief Edwin Clark, Convener of the Pan Niger-Delta Forum (PANDEF) and South-South leader insisted that there is need for restructuring, so that Nigeria could return to the kind of government it had before and after independence until the soldiers struck. “What we are saying is that we want the former one where there was devolution of power, where every region had its own constitution, even the Mid-west region was created based on the demand for restructuring. Then, every region was independent in whatever they did. No one held the other down, which was why western Nigeria government did things that other government did not do and others were not envious of it because everybody had his own government. At present, Nigeria is running a unitary government, a situation where every state first goes to the Federal Government for money. That is not federalism,” he said.

However, the thumbs down for the quest to restructuring received in the legislative chambers are not surprising to some discerning Nigerians. General Alani Akinrinade (rtd), former Chief of Army Staff told TheEconomy that the federal legislature was structured in such a manner that gave the North the parliamentary majority to shoot down any bill meant to restructure the country.

It was believed that Northern legislators lobbied seriously to defeat pro-restructuring and fiscal federalism bills. Their fear is that power devolution and the deletion of the Land Use Act from the constitution would pave the way for the South-south states that have been at the forefront for the control of their oil resources to achieve it.

The feeling of the North on restructuring was conveyed recently by Kashim Shettima, Governor of Borno State and chairman of the Northern State Governors’ Forum. “In the last few months, all manner of political agitations, ranging from the sublime to the ridiculous have been going on and the North cannot be aloof. The forum and our esteemed royal fathers will adopt a consensus position on restructuring of the country that will be reflective of the overall interest of the people of Northern Nigeria and which will attract popular acceptance to dispel the erroneous impression created and disseminated by certain interests in this country that the North is opposed to restructuring and counter the specific versions of restructuring which generally seek to place the North in a position of strategic political and economic disadvantage, but portrayed as the only versions that can work for the nation,” he said.

However, Bukola Saraki, president of the Senate blamed sentiments from parts of the country for the rejection of devolution of powers clause in the ongoing 1999 Constitution’s review by lawmakers. He said that if the voting on the amendments had come months before agitations for restructuring and inciting remarks from some Nigerians, it would have scaled through. According to him, the fact that it did not pull through means that there are some people that are not sure of what it is, and a lot of them equate devolution of power with restructuring.

Saraki, however, noted that it was not the end-of-the-road for the clause in the amendment, saying that he was optimistic that if re-presented for voting, it may scale through. He called for adequate education, awareness creation and engagement of major stakeholders on the matter. He pointed out that if Nigerians were properly enlightened to appreciate the benefits of devolution rather than the sentiments being built around the matter, the country would be better for it.