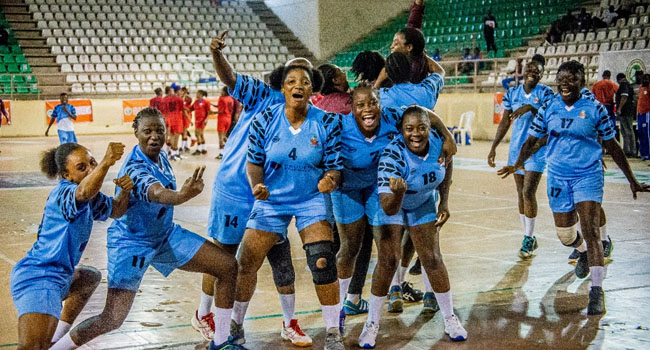 Safety Babes secured the trophy after defeating Defender Babes on 27-23 on day 13. The victory confirmed that they have won the league with 25 points, two points ahead of former champions, Adorable Angels who lost to Edo Dynamos 23-21 to finish second. 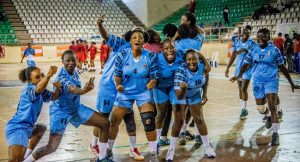 Imo Grasshoppers of Owerri finished third. Unfortunately, Bayelsa Queens, making their debut in the league have been relegated after losing to Plateau Peacocks 24-23.

The Yenegoa-based team needed to win or draw against Peacocks but failed to hold on to their lead which eventually became their undoing. They join Confluence Queens who have also been relegated.

Kano Pillars are winning the league for the second time in three years, leading the league table with 29 points and edging out Safety Shooters (who have the same points) with the head-to-head rule. 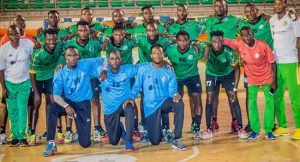 Kano Pillars beat Rima Strikers 29-19 earlier on the final day of the league, Wednesday, and only found out that they were the league winners in the male category after Niger United, who needed to win to emerge champion of the league, lost their match against Safety Shooters 26-19.

Safety Shooters with the victory against Rima Strikers finished second while Niger United ended their campaign in third.

In other results in the male category, Confluence Stars defeated Kada Stars 30-27 while Plateau Vipers relegation was confirmed after a 26-25 loss to Seasider Boys of Lagos who finished fourth on the league table.

Coincidentally, Kano Pillars and Safety Babes won the Prudent Energy Handball Premier League title in 2019 and for emerging champions again, they will represent Nigeria in the continental club handball championships.

The champions will receive a cash price of N1.25 million while the second and third place teams got N1 million and N7,000 respectively.