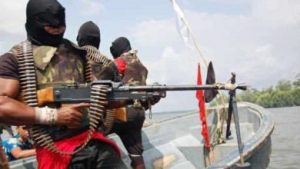 An advocacy group, Niger Delta Liberation Movement (NDLM), has described the ongoing forensic audit of the Niger Delta Development Commission (NDDC) as an effort in futility that will lead nowhere giving that it has lasted beyond the stipulated time of three months.

Niger Delta Minister, Godswill Akpabio recently hinted that the forensic audit of the NDDC, which he had earlier said would be concluded and the report submitted before April, would now be concluded in July, following which the Governing Board would be put in place.

This, however, has generated condemnations from stakeholders, including the recent one from NDLM which called on President Muhammadu Buhari to put an end to the alleged charade being perpetrated by Mr Akpabio.

A statement signed by NFLM President Oyinemi Bodmas, and Secretary, Ahamefula Chukwudi said, “We wish to state that the forensic audit that was carried out in the Nigerian National Petroleum Corporation (NNPC) was concluded in a scheduled time within six (6) months. How is it that for the Niger Delta Development Commission (NDDC), the forensic audit has become an endless exercise, and still counting? We, therefore, call on President Buhari to immediately inaugurate a substantive board for the NDDC for an all-inclusive participation of people in the region.”

Also, the group accused some Northern forces of attempting to derail the Amnesty Programme for some selfish reasons.

“We also frown on and condemn the hijacking of the office of the Presidential Amnesty Programme (PAP) by Northerners. The present Interim Administrator of the programme Col. Milland Dixon Dikio (Rtd.) is unfortunately controlled by the Fulani Caliphate. Based on this grim fact, and with the interim status, therefore, he cannot perform to his full capacity. Col. Dikio (Rtd.) is adjudged and considered to be the best in terms of prompt payment of monthly stipends to beneficiaries’ delegates. Therefore, we call for his immediate confirmation without further delay for him to accomplish his vision for the programme.”