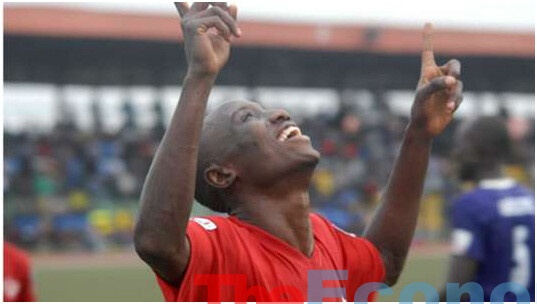 Turkish Super Lig side Goztepe have announced the signing of Obinna Nwobodo from Hungarian club Ujpest.

The former Nigeria U20 midfielder has signed a three-year deal with the Gursel Aksel Stadium outfit after successful medicals with the club.

Nwobodo will link up with his compatriot and 2013 Africa Cup of Nations winner Brown Ideye, who also arrived at the club this summer.

The midfielder will also team up with Senegal duo of Cherif Ndiaye and Lamine Gassama as well as Gabon international Andre Poko.

“We signed a three-year contract with Nigerian midfielder Obinna Nwobodo, born in 1996,” read a statement from the club website.

“We welcome Obinna Nwobodo to our Goztepe and wish them success with our team.”

Nwobodo started his professional career with FC Inter before his eye-catching performances caught the attention of Enugu Rangers, who secured his signature in 2015.

The midfielder was in sizzling form for Rangers during his two-year stay, helping the club to clinch the Nigeria Professional Football League (NPFL) title in 2016.

Nwobodo then left for Europe to continue his career in Hungary, joining Ujpest and made more than 90 appearances for the club.

The midfielder played for Nigeria at youth level and was part of the team that won the 2015 U20 CAF Championship.

Injury, however, ruled him out from the 2015 U20 World Cup and he will hope to continue his impressive performances to earn a Super Eagles call-up.

Goztepe finished 11th in the Super Lig last season and will hope the addition of the 23-year-old will help them to compete for the league title.

Nwobodo could make his debut for his new club when they take on Gaziantep at Yeni Malatya Stadyumu on September 26.