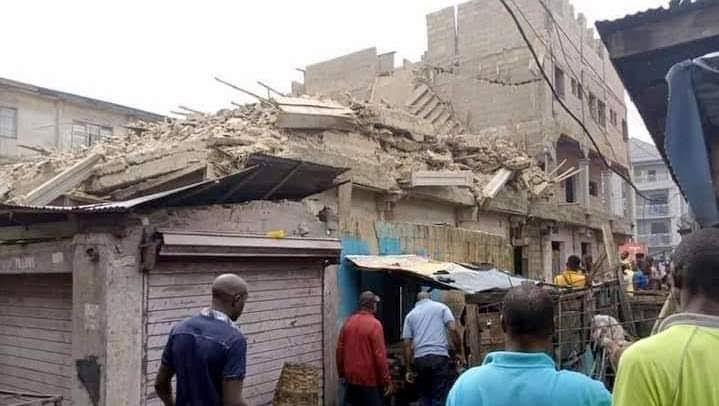 Abia State governor, Dr Okezie Ikpeazu, has vowed to prosecute all those involved in the collapsed building that took place yesterday.

One person was killed, many injured while some more were trapped when a three-storey building under construction collapsed in the early hours of Wednesday. The building is located on Azikiwe Road by Kent Street, Aba.

Residents immediately rushed to rescue many trapped in the rubble before the arrival of the state government excavators. According to the state Commissioner for Works, Mr Bob Ogu, excavators had been deployed to the site and rescue operations are still ongoing as many more may be trapped in the rubble. He confirmed that a corpse was found on the first floor and feared that some people may still be trapped.

On his part, the state Commissioner of Information, Chief John Kalu, expressed sadness while accusing the developer and engineer of hurriedly doing a bad job during the covid-19 lockdown in order to evade regulatory checks. He added that security agents are on the trail of the culprits involved in the building collapse with a view to bringing them to justice.