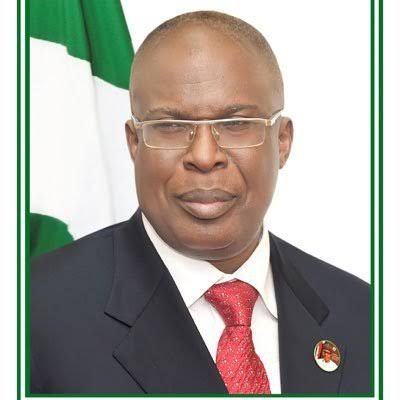 The Minister of State for Petroleum, Chief Timipre Sylva, has said that the removal of petroleum subsidy will save the Federal Government more than N1 trillion annually.

Sylva, while addressing journalists on Thursday in Abuja, said Nigerians should not be fooled because there are people who are ready to take advantage of every situation to create anarchy and chaos, adding that those people are already at work now.

The minister recalled that successive administrations in the country had attempted to deregulate, but lacked the political will or the time was not good for it.

Sylva noted that deregulation is a policy direction that is good for the common Nigerians because it is going to produce a lot of opportunities.

He claimed that the refining sector is not developed because no refinery can operate commercially in Nigeria with subsidy in place.   He said: “I believe that this discussion around subsidy has been a vexed issue that has captured the imagination of this country for a long time now. Successive administrations have attempted to deregulate. But sometimes, some administrations lacked the political will and at other time, the time was not good for it. And why did I say the time was not good for it? Does that imply the time is good for it now? The problem around deregulation is that people must understand first and foremost that the product we are talking about is a derivative of crude oil. It is refined from crude oil. Therefore, it has a direct relationship with the price of crude oil. If the price of crude oil goes up, then you expect that it would reflect in the price of the derivative.”

Sylva said that was why the Federal Government announced the deregulation in March when the pump price of petroleum was reduced and the advantage was transferred to the consumer.

The minister lamented that the unfortunate thing was that when the price of petroleum was reduced in March, nobody reacted in the market place and nobody reduced their prices because price of petrol had been reduced, adding that even transportation price remained the same.

He added: “So in the wisdom of the president and all of us, we felt that it was time because this subsidy is something that cannot be sustained in perpetuity. It is time for Nigerians to face reality and do the right thing. What is deregulation going to do? It is going to free up a lot more money. At least from the very beginning, it will save us up to a trillion and more every year.

“But anytime there is even a kobo increase in the pump price of product, you see that people will increase their prices triple fold and four fold. At this moment, let Nigerians not be fooled; there are people who are ready to take advantage of every situation to create anarchy and chaos. And it is this people that are at work now. Is anybody saying that this policy direction is a wrong policy direction? That is the discussion we should be having.”

He argued that if deregulation is a wrong policy direction, every successive government in Nigeria would not have attempted to do it.  Sylva said that the continued subsidy of petrol is no longer sustainable, hence the decision of the present administration to deregulate the oil sector.