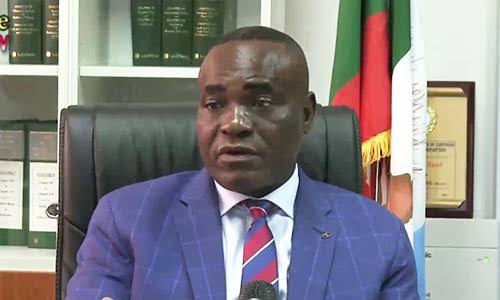 The leaders of the Niger Delta region yesterday received series of knocks from the Special Adviser to the President on Niger Delta, Senator Ita Enang who took them to the cleaners for the underdevelopment of the region, telling Nigerians to hold the governors and the oil companies operating in the region responsible for the failure of government in the region.

Senator Enang who pried the can of worms on the state of the region that produces most of Nigeria’s wealth made the charge at the Webinar organized by OrderPaper Initiative and the Nigeria Natural Resource Charter (NNRC) in partnership with the House of Representatives Committee on Niger Delta was themed: ‘Resolving the Host Communities Question.’ The Webinar which had the Speaker of the House of Representative in attendance also attracted stakeholders in the Nigerian petroleum sector, members of the civil society and the media.

Senator Enang expressed worries that the indigenes of the region have failed to focus on those they should hold responsible, insisting that the leaders of the region have been able to get away with the rape of the region because the people have not beamed the searchlight on them. He noted that the governors of the Niger Delta region have collected 13 percent derivation for close to two decades with nothing spectacular to show for it accusing the governors of consistently diverting the funds meant for the development of the area to unjustifiable ventures.

He added that “the governors have not been kind to the Niger Delta. I want to pray that the National Assembly should amend the Niger Delta Development Commission Act and the constitution so that the 13 per cent derivation does not go to the governors”. He further pointed that instead of the 13 percent derivation to have made visible positive impacts in the communities bearing the brunt of exploration and exploitation activities, “the governors use the 13 per cent derivation to buy aircraft. They use the money to develop and build many houses. These monies are found in Banana Island and foreign countries.”

He did not spare the oil companies operating in the region such as Agip, Shell, Mobil accusing them of conniving with the community and political leadership of the region to short-change the people. The Webinar raised series of issues bothering on the challenges of development in the Niger Delta region and the need for the government to take a second look at the present template being used for the development of the region. Participants also warned that continued neglect of the region may lead to a dire situation worst that what obtained before the federal government’s instituted amnesty programmes.