The Imo State Police Command on Friday said it had arrested four suspects in connection with the torching of Okigwe South Area Police Command headquarters. Gunmen invaded the headquarters on April 26, killing five policemen and injuring several others.

The state Commissioner of Police, Abutu Yaro, said on Friday that when the gunmen left the station, some “unscrupulous youths of the community stormed the area command and looted the station’s arms and ammunition before setting it ablaze.”

He said the arrest of the suspects was part of his commitment to strengthen the security of the state and forestall further attacks on police formations as well as government and private facilities in the state.

Abutu disclosed that the Tactical Unit of the command in conjunction with Quick Intervention Unit arrested the suspects in the Ehime Mbano area of the state. 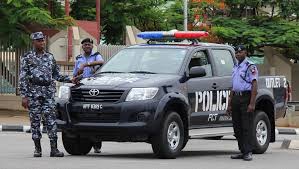 “The suspects were responsible for the looting and setting ablaze of the Area Command Headquarters in Orieagu. All the suspects are in police custody undergoing discreet investigation with a view to arresting other members of their syndicate, so that they can be prosecuted to serve as a deterrent to other.