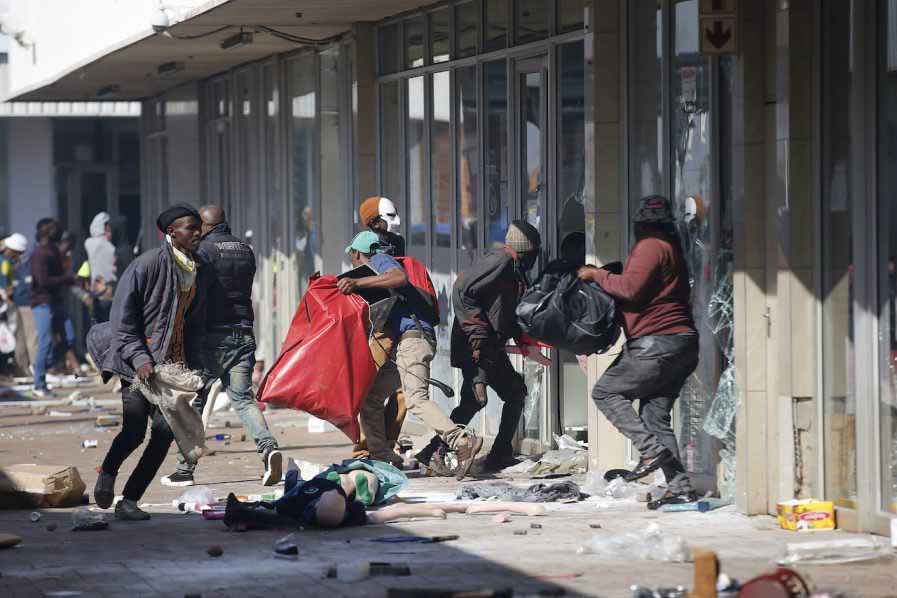 The leadership of the Nigerian community in South Africa has warned its members in various cities in Kwa Zulu Natal and Gauteng provinces to be vigilant and adopt safety and security measures.

The warning came after five Nigerian-owned businesses were attacked in the unrest sparked by pro-Jacob Zuma protesters.

“We identified five businesses belonging to Nigerians looted and destroyed yesterday, Sunday 11 July 2021 by the angry mob,” the president of the Nigerian community in South Africa Adetola Olubajo said in a statement.

“It includes two car sales business outlets in Johannesburg. The looting and destructions of properties continue unabated till today.

“The union is highly disturbed seeing the extent of looting, destructions and violence Perpetrated by the angry protesters during our fact-finding trip to Johannesburg this morning.

“Violent protest erupted in KZN province during the weekend after the incarceration of former President of South Africa, President Jacob Zuma, Over 18 trucks were set alight, businesses looted and properties damaged.”

Zuma was convicted of contempt of court after failing to attend an inquiry into corruption during his presidency.

The unrest began following Zuma was convicted and he handed himself in to begin a 15-month sentence.

He said the violent looting and attacks are spreading rapidly to other areas of Gauteng and KZN Province.

“Cars were burnt and businesses belonging to both locals and foreign nationals were looted and destroyed by angry protesters,” Olubajo said.

“The South African police confirmed the arrest of over 200 offenders, several injured people including a police officer who was shot in Johannesburg yesterday and death of six people. We are yet to get the identities of those arrested or deceased.”

He said the association also got information from KZN province that Brookside Mall in Pietermaritzburg, Bridge City Mall in KwaMashu and other major retail outlets in Durban CBD were set on fire after valuables were looted.

“NUSA appeals to Nigerians to remain calm and law-abiding but be very vigilant,” Olubajo said.

“Our national secretariat has already issued safety tips to Nigerians; we will continue to give such useful information to our people.”

SANDF said it would assist law enforcement agencies deployed in Gauteng and KwaZulu-Natal provinces respectively to quell the unrest that has gripped both Provinces in the last few days.