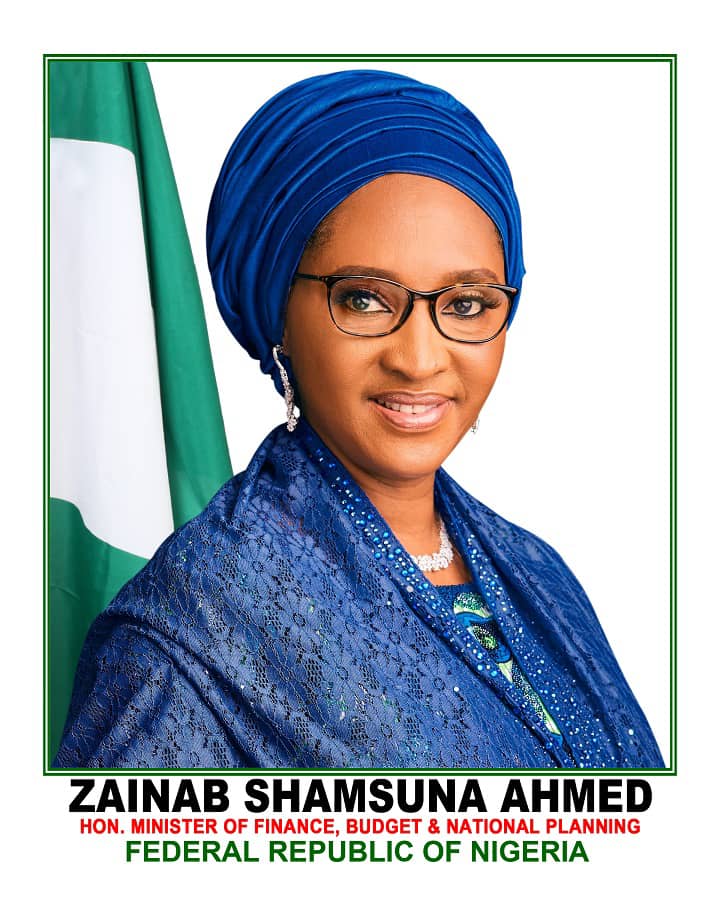 The Minister of Finance, Budget and National Planning, Zainab Ahmed, has cleared the air over the N424bn that was said to have been padded by the minister in the 2023 Appropriation Bill, blaming the Budget Office of the Federation for selecting a wrong code for the project.

Ahmed has been accused by the Humanitarian, Health, Power and Education ministries to have inserted, N206bn, N8.6bn, N195.468bn, N2.250bn, respectively, into their budgets.

She stated, “This project in question under the Humanitarian Affairs Ministry is a project that was called National Social Safety Net project.

“This is a total sum of $473.5m which translates to N296bn.This project was correctly described by the IR departments that collated the report but in the process of collating that at the Budget Office of the Federation, a wrong code was selected. This code that was selected resulted in the description showing as purchase and security weapons.”

The Finance Minister explained that the same project was correctly captured in the MTEF because it was also presented in the MTEF.”

Meanwhile, the Finance Minister, however, got a clean slate before the Senate when she appeared to defend herself over cases of padding in the proposed N20.51tn 2023 budget from the Senate Committee on Appropriation when she made clarifications on them.

She explained to the committee that the various sums were sent to the ministries for perusal before approval by the Federal Executive Council and before the budget presentation itself by the President Muhammadu Buhari on Friday, October 7, 2022.

She noted that the amount was correct and “it is correctly provided for in the ministry of Humanitarian Affairs, Disaster Management, and Social Development because they are the agency implementing this National Social Safety Net Scaleup Programme.”

She added,” This project is described in the budget correctly as refurbishment and procurement of (RF 578 100) military communications equipment in the sum of N8.6bn.

“The Honourable Minister of Defence wrote to his Excellency, Mr. President, requesting the immediate release of $1.36 3m, and N158.928m for the implementation of phase one of this project.

“The Honourable Minister of Defence also requested the sum of $2.27 8m and N11.94billion to implement phase two and three of the project, all of which Mr. President graciously approved. So further to Mr. President’s approval, which was conveyed to us, 50 per cent of the requirements of phase two and three is what we provided in the budget for the Ministry of Defence.”

“Most of these sums are bilateral or multilateral loans captured in the budget of agencies selected for project execution for the sole purpose of transparency.

“The totality of such loans captured in the proposed budget of the relevant agencies is N1.771trn.
“Had heads of the affected MDAs carried out thorough scrutinisation of their approved budgetary proposals, the issue of insertion or budget padding wouldn’t have arisen at all, realisation of which made the Minister of Defence, Bashir Magashi, to apologise after feigning ignorance of N8.6billion in his ministry’s budget during interface with Senate Committee on Defence,” she said.

Ahmed noted that it was evident that there were internal coordination issues between the project of implementation units in some ministries, departments and agencies, with their CEOs and their accounting officers of the implementing ministry. “And there’s also a gap of coordination even with the Minister of Finance, Budget and National Planning. We will be taking necessary measures to make sure that going forward, these gaps are addressed on our site and also work with the ministers to make sure that the gaps that they have within the project implementation units on the CEOs are also bridged,” she added.