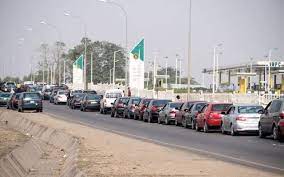 The federal government has warned that there will be no end in sight of the ongoing petrol scarcity in many parts of the country until full deregulation of the sector is implemented. This was made known by the Minister of State for Petroleum Resources, Timipre Sylva, stating this at the end of the Federal Executive Council (FEC) meeting presided over by President Muhammadu Buhari at the Presidential Villa, Abuja on Wednesday.

It was also revealed that FEC has approved contracts for awards worth about N2.449 billion for projects in the ministries of Petroleum Resources and Environment.

Briefing correspondents on the outcome of the council meeting, Sylva had been asked to explain the persistence of the fuel queues.

He responded that the queues are not caused by shortages in the supply of fuel but by the reluctance of petroleum marketers to sell at the recommended retail price.

According to him, there are queues in Abuja because selling at the recommended N165/litre of fuel is not profitable to the marketers who are taking advantage by diverting products from the city centre to where they can sell above the recommended retail price.

Sylva stated: “If you look at it, there are no queues when you leave Abuja. In most places, only in the Abuja metropolis do you continue to have these queues. So, is it that there is less supply to Abuja than to the rest of the country? It is not so. It is because if you go out of Abuja, they can probably afford to sell at higher prices.

“And I’m sure a lot of you must be buying at higher prices. But within Abuja, because of the watchful eye of the federal government, they cannot sell at those prices. So, it’s not a very attractive market for them. I think these are all things that we might have to be dealing with for a while until we’re able to fully deregulate.”

Giving updates on the rehabilitation of the nation’s refineries, Sylva said the Port-Harcourt refinery will soon become operational as he added that the Dangote Refinery will commence operation by January next year.

“So, these issues will gradually be resolved and we will get to the point where Nigeria will be fully supplied from in-country refined products,” he assured.

On why Kaduna and Warri Refinery workers are still drawing salaries even when they are not working, the minister explained that most of the workers have been redeployed with a few doing skeletal services to prevent pilfering at the facilities.

Commenting on the high cost of gas (diesel), the minister said it is so because the product had been deregulated but added that the Russia-Ukraine War is also to blame.

He added: “But of course, you know, the geopolitical tensions in Ukraine and Russia are still on and it’s really affecting the global prices of this commodity.

“So, I believe that we will also have our fair share of some of these problems. While we try to see how we can ease the problem here, we’re also looking at how we can bring in additional supply from some stranded volumes that we have.

“So, we probably might be able to do something about the gas prices, maybe in the short term, but it is not a subsidized commodity. And that’s why the government cannot really do too much about the price of gas.”

Silva also said that the council approved the award and procurement for the provision of a Conference Hostel Facility in Yenagoa, at the sum of N22 billion to Megastar Technical Construction Company with a completion period of 24 months.

Also speaking at the media briefing, Minister of Environment, Muhammed Abdullahi, said FEC awarded the contract for consultancy services and design of the Centre of Excellence for Environmental Restoration with an Integrated Contaminated Soil Management Centre at the sum of N449,250,040.50 (VAT inclusive).

The establishment of the Centre is, according to the Minister, in fulfilment of the President’s promise to the Ogoni people and was meant to impact them in terms of employment generation and laboratory tests for land remediation efforts on the site contaminated so that it could be made easily cultivatable by the people for their fisheries, farming activities and access to water.