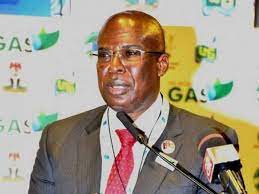 The Minister of State for Petroleum Resources, Mr. Timipre Sylva, has stated that the federal government will continue to ramp up its current domestic gas expansion drive as well as its monetisation programme to increase the country’s supply of the much needed foreign exchange earnings.

Speaking when he appeared virtually at the formal opening of the new headquarters of the Nigeria Liquefied Natural Gas Limited (NLNG) in Port Harcourt, Rivers State, the minister stressed that the company was expected to play a major role in achieving the objective.

Sylva noted that the country’s gas reserves must be fully explored for the full benefit of Nigerians, noting that it remains a major game-changer for Nigeria, especially with the renewed attention to the commodity as a lower carbon energy source.

“In this decade of gas, I am assured that the NLNG will continue to support our drive for domestic gas expansion, while playing a fundamental role in monetising the vast gas resources in the country to provide the much needed foreign exchange earnings and enable domestic industrialisation and growth as well as national development,” he stated.

He noted that in a space of 32 years, the NLNG has become a major player in the global gas business, rising from a single train production to six operational trains and one more soon to be under construction.

According to him, the success of the company remains a model worthy of emulation; reason the NLNG has demonstrated corporate excellence by situating the corporate head office in the state where it operates.

“This is a win-win development for us in government, for the host state as well as for shareholders and NLNG alike which has been soaring in delivering value to stakeholders,” he added.

In his remarks, Managing Director of the NLNG, Mr. Tony Attah, stated that over the years Nigeria LNG has operated a model hinged on transparency, excellence while caring for its stakeholders.

He reiterated that there’s are currently over 4,000 persons on its undergraduate programme, the Bonny vocational centre and other youth programmes, mentioning that the N120 billion Bodo-Bonny road which is being co-financed to the tune of 50 per cent by the NLNG remains a model of how collaboration could lead to developmental strides.

On health, he stated that remarkable contributions were made to the government to ameliorate the impact of the coronavirus pandemic, emphasising that the Bonny malaria elimination programme was on course while over ,3,000 persons are currently connected to the health insurance scheme.

The NLNG, he said, now supplies LPG directly to the Rivers people instead of taking it to Lagos first, as was the practice before now, stating that the story of the office building won’t be possible without the contractors who carried out the project.

Also, while speaking, the Group Managing Director Nigerian National Petroleum Corporation NNPC (NNPC), Mallam Mele Kyari, who was represented by the Chief Financial Officer of the corporation, Mr. Umar Ajiya, said the NNPC would continue to support the NLNG to achieve its set goals.

He stated that as a shareholder in the company, the NNPC was proud to be part of the prosperity of the company, saying that the launching of the building is a major step forward towards improved working conditions and better collaboration with local communities.