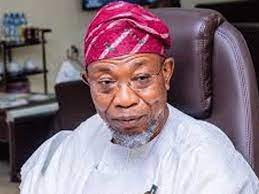 The federal government has clarified on the issue of shortage of passport booklets across the nation. According to the Minister of Interior, Rauf Aregbesola, those peddling news of passport shortage are “unpatriotic and unscrupulous Nigerians”, insisting that the “enhanced e-passport is a product of the latest technology” which cannot be seen in most advanced countries.

He stated this during the roll out of “enhanced e-passport” and commissioning of the passport production center in Port Harcourt which covers AkwaIbom, Bayelsa, Cross Rivers and Rivers States.

The Minister assured that his ministry is leaving “no stone unturned” in the quest in making passports available for Nigerians who desired it, warning passport applicants against patronizing “scammers”.

Aregbesola, who noted that online application of the enhanced e-passport can only take three to six weeks for the passport to be processed, assured that the government was working to remove the bad eggs from the immigration service.

In his address, the Comptroller General of Immigration Service, Isah Idris, said the “enhanced e-passport” is of different categories. He warned that the immigration service do not “collect cash from any applicant” as all payment should be made online.

Rivers State Governor, Nyesom Wike, who was represented by the Deputy Governor Doctor Ipalibo Harry-Banigo, expressed happiness for the launch of e-passport production center in Port Harcourt. The governor assured of the state support especially by making the environment “conducive” for the operations.