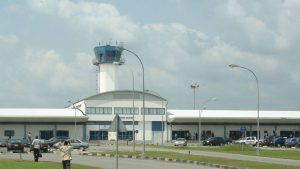 The federal government has reopened commercial flights at the Osubi Airport in Delta State.

At the reopening ceremony of the Airport in Okpe Local Government Area on Friday, the Airport Manager, Mr Wilson Egwato, said that the routes would be expanded very soon.

The airport was shut down last year after the private managers said they could no longer maintain it. But the Federal Airport Authority of Nigeria (FAAN) is now the new manager.

Osubi is a connecting airport to most oilfields in the Delta.