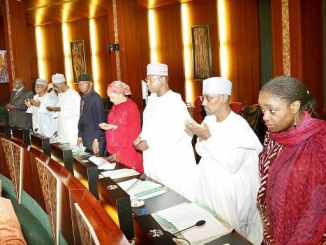 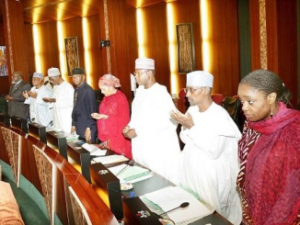 The Federal Government is planning to use a portion of the Treasury Single Account (TSA) balance to fund the national  budget, the Accountant-General of the Federation, Alhaji Ahmed Idris, told reporters yesterday in Abuja. Speaking at the retreat on TSA, he said: “The policy has helped to reduce the amount of borrowed funds by government, there is need to have a mechanism that would allow the balances in TSA to be used in a profitable manner  for  budget execution. The implementation of the policy has been successful, there is need to harness the immense potentials of the initiative in budgeting and debt management.

“This is one of the critical aspects of our reforms. Beyond mere cash management, there is need to look particularly in this time of recession to see how best we can deploy the large balances that we have been keeping with CBN (Central bank of Nigeria) for the betterment of the economy.”

He said all the stakeholders will continue to talk and  would be advising government appropriately. “It is not something that we will do tomorrow; we have to sit on how we deploy them profitably into very efficient and very viable instruments. So all that needs to be worked out,” Idris said.

He also said there is improvement on deployment of technology and modern applications to solve all the challenges that are being encountered.

“Right now, we are talking with some programme developers, because we observed that for teaching hospitals and universities, there are endowment funds, there are third party funds and there are funds that are not meant as holding funds. We deploy technology to seep out those funds, separate (them) from normal conventional revenues,” he explained.

Idris reiterated that his Office has stopped N4.7 billion in cost of keeping old ministies, department and agencies (MDAs) accounts which attracted large cost of borrowing through over drafts, and other charges monthly.

As a result, the OAGF has “been able to track government revenue; we have been able to see revenue inflow and that has helped us to harness our revenue in that direction. We have been able to stop leakages because some of these over 20,000 accounts were not even known to some agencies that owned them, and TSA has brought about transparency in terms of delivery.”

Reacting to concerns that the implementation of the TSA has forced many banks to sack workers, Idris said: “Banks are never created to hold public funds or government funds virtually for free. No! That is not banking. Nowhere in the world are banks relying on public funds to survive. So, banks are now becoming more innovative and that innovation is what will bring them back to business. I believe very soon, retrenchment in the sector will be a thing of the past and they will be looking for people to employ because they are now focused on doing what they are supposed to do.”

The retreat was attended by stakeholders in the private and public sectors of the economy.