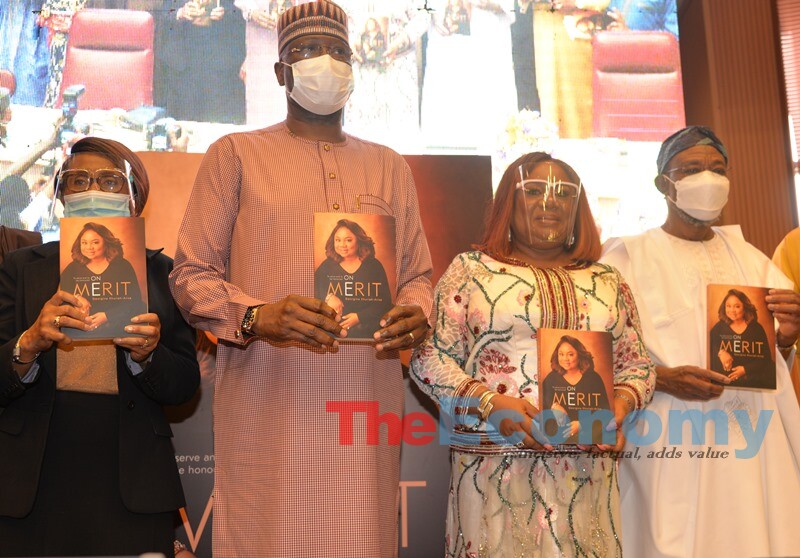 The Federal Government has admonished Nigerians to develop positive outlook and join hands with the present administration in order to overcome the nation’s challenges. Minister of Interior, Ogbeni Rauf Aregbesola made the admonition in Abuja on Thursday during the public presentation and launch of a book titled: On Merit written by Mrs. Georgina Ehuriah-Arisa, Permanent Secretary of the Ministry of Interior.

In his speech titled, “Eulogy to an Amazon’, Aregbesola said that the challenges facing the country are not insurmountable particularly with the collective efforts of all.  “As we all look forward to the 60th anniversary of our nation, let me remind us all that the challenges we are facing as a nation are not insurmountable. We should therefore develop a positive outlook. With our collective efforts, we shall overcome and build the nation of our dream,” he said.

The Minister who described the Civil Service as the heart or operating engine of government, noted that the success or otherwise of any political leader depends largely on how he or she operates this machine. He called on Nigerians, especially those in the Public Service to take advantage and learn from Mrs Georgina Ehuriah-Arisa who despite her tight schedule as a Federal Permanent Secretary, decided very rightly to chronicle her experience in a book. According to him, Ehuriah-Arisa has proven to be an excellent civil servant whose capacity for work and diligence are extra-ordinary having worked across several federal establishments; she capped her career with the appointment as Permanent Secretary.

The Secretary to the Government of the Federation, Boss Mustapha said Mrs. Ehuriah-Arisa has contributed meaningfully to the successes so far recorded by the Muhammadu Buhari administration as a thoroughbred Public Servant. He therefore called on Civil Servants in the country to see the service as the engine room that drives the nation’s economy.

In her remarks, The Head of the Civil Service of the Federation, Dr. Folashade Yemi-Esan said that the Federal Government is doing everything humanly possible to return the Public Service to its glorious old days- through the building of capacity of staff in order to provide efficient services to Nigerians. She called for self-development among the public officers, saying that self-development played an important role in the author’s life. “Through Georgina Ehuriah-Arisa, I learnt the need for us to be passionate about what we do, her book will serve as important memoir in the country,” she said.

Earlier, the book Reviewer and Chairman, First Bank Group PLC, Mrs Ibukun Awosika described “On Merit” as ‘a book for many years.’ She enjoined Public Institutions in Nigeria to use it as a good reference material for research and development.

In her speech at the event, the Permanent Secretary, Ministry of Interior and author of the Book, Mrs. Ehuriah-Arisa said, she was motivated to pen down her autobiography by her desire to give support to the women, especially those at the middle level of administration in the Public Service. She urged her colleagues in the Service to build capacity that will help them contribute their quota to move Nigeria to an enviable level in the comity of nations.