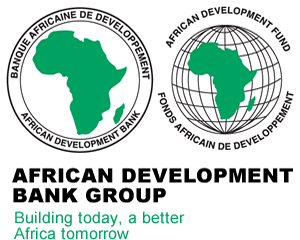 The Board of Directors of the African Development Bank Group (AfDB) has approved an agricultural transformation strategy for a competitive and inclusive agribusiness sector that creates wealth, improves lives and secures the environment.

“FeedAfrica: Strategy for Agricultural Transformation in Africa, 2016-2025,” received unanimous endorsement by Executive Directors of the Bank Group in Abidjan, Côte d’Ivoire, on Wednesday, May 22,2016. The document was widely reviewed by global stakeholders, peer institutions and partners as well as through regional consultations held in Rabat, Kinshasa, Lusaka, Dar es Salaam and Accra.

Focusing on transformation, scaling up agriculture as a business through value addition, led by the private sector and enabled by the public sector, and using innovative financing mechanisms,the strategy aims to end hunger and rural poverty in Africa in the next decade.

It is the second of the Bank’s High 5 priorities –Light up and power Africa, Feed Africa, Industrialize Africa,Integrate Africa, and Improve the quality of life for the people of Africa – a blueprint for the implementation of its Ten Year Strategy 2013-2022.

The idea is to drive transformation through 15 priority commodity value chains in given agro-ecological zones specifically to achieve self-sufficiency in key commodities such as rice, wheat, fish, palm oil, horticulture, cassava; move up the value chain in key export-oriented commodities like cocoa, coffee, cotton, cashew; create a food-secure Sahel in sorghum, millet, livestock; and realize the potential of the Guinea savannah in maize, soybean and livestock.

The Feed Africa Strategy makes a strong case for reversing the situation of a continent that spends US $35.4 billion on food imports annually despite being home to 65% of the world’s undeveloped arable land.

Some 70% of Africa’s population and about 80% of the continent’s poor who live in rural areas depend on agriculture and non-farm rural enterprises for their livelihoods. This growing multitude is increasingly unable to meet its basic food needs as population pressures grow, land and water resources become scarce and degraded and agricultural productivity stagnates.

The total investment for the realization of the transformation agenda over 10 years is estimated at US $315-400 billion with annual returns of US $85 billion, when fully funded.

The Bank will itself invest US $24 billion and leverage additional investments through equity, quasi equity, debt and risk instruments to catalyze investments at scale from the private sector and with co-financing from traditional donors and new players. The identified financing gap estimated at US $23 billion can be met using innovative de-risking tools and blended financing from combined sovereign, pension and private equity funds, according to ChijiOjukwu, Director of the Bank’s Agriculture and Agro-industry Department, who presented the Strategy at the Board.

The Board commended staff and management for a well-crafted Strategy and emphasized the need to monitor its implementation closely, while paying special attention to issues related to inclusiveness, land and resource mobilization. They also urged special consideration for small island countries and fragile states, mainstreaming of policy issues, and engagement with the private sector and civil society.

For his part, AfDB President AkinwumiAdesina, who chaired the Board, underscored the overwhelming endorsement of the Bank’s agricultural transformation agenda from peer institutions such as the Food and Agriculture Organization of the United Nations(FAO), the International Fund for Agricultural Development (IFAD) and the UN Economic Commission for Africa (ECA), along with the private sector and governments.

The agricultural agenda in particular and the High 5s in general are critical at this time when “almost all of Africa’s rural areas have become zones of economic misery. We should turn them into zones of prosperity,” Adesina said.