Fear of Restructuring Behind Northern Elders Opposition to Constitutional Review 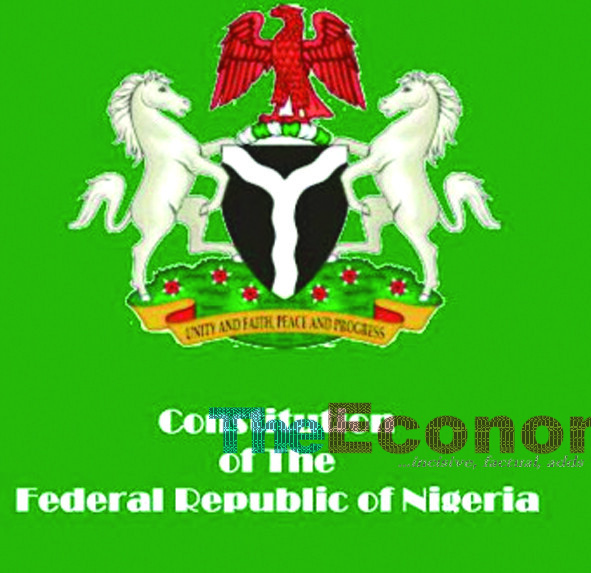 The fear of restructuring is behind the calls by members of the Northern Elders Forum (NEF) to the Senate to jettison the planned review of the 1999 Constitution (as amended) saying that it is a waste of money. Addressing journalists over the weekend in Abuja, NEF’s Director of Publicity, Dr. Hakeem Baba-Ahmed, advised the National Assembly to direct its energy and mandate towards convincing President Muhammadu Buhari to end the insurgency in the North-east and killings in most parts of the country.

This take was in reaction to the invitation sent out by the Senate ad-Hoc Committee on the Review of the 1999 Constitution (as amended) to the public to submit a memorandum to assist the “further alteration of the provisions of the constitution (as amended).” It could be recalled that the Senate President, Ahmed Lawan, had earlier in the year constituted a 56-member panel made up of seven principal officers as a steering committee for the constitution review, with one senator each from the 36 states and two each representing the six geopolitical zones. He named his deputy, Ovie Omo-Agege as the chairman of the steering committee. The seven principal officers are the Senate Leader, Abdullahi Yahaya; Robbert Borriffice; Sabi Abdullahi; Senate Minority Leader, Enyinaya Abaribe; Emmanuel Bwacha; Philip Aduda; and Sabi Yau.

But NEF queried the value of such efforts in the past, saying it is convinced that this repetitive initiative of the Senate is a predictable waste of time, resources and energy of the country and should not be supported by Nigerians. It said: “Nothing fundamental or of any value has come out of these grand schemes to exploit our collective desire to address our political and economic fundamentals. This National Assembly is also following suit and it should not be encouraged on this path.

However, a source at the National Assembly is quoted as saying that the Northern Elders Forum is worried that the review process is likely to open the floodgates for demands for restructuring in view of the developments across the country in recent times. Developments such as the establishment of regional security outfits like the Amotekun, and demands for resource control and regionalism adding that it may not go down well with members of NEF because the ruling All Progressives Congress (APC) may find itself in a quagmire of demands and cave in to pressures that may threaten the corporate existence of the country, the source added.

Aside from the Northern Elders Forum, analysts say that it is not the place of the National Assembly to embark on a review of the Constitution no matter how flawed it is. According to Akin Oyebode, a professor of International Law and Jurisprudence in the University of Lagos, the Nigerian constitution or “Decree 24 of 1999” could be likened to a car whose body had undergone so many panel beatings. “Not only is it not autochthonous, it does not answer the needs of the age and so should be replaced by a more authentic and worthwhile fundamental law. However, it is neither the place nor function of the National Assembly, being a parliament set up to enact legislation for the peace, order and good government. The rightful body to discharge the duty of fashioning a new fundamental law is a duly convened constituent assembly, otherwise, it would amount to the tail wagging the dog,” he declared.

A Lagos lawyer, Tony Odiadi, said the review would be a palliative measure that would not deal with the fundamentals of the country’s national condition. He added that “if you read the mood well, Nigerians have drifted to regionalism. The federal structure as currently constituted is a burden on component states. Cooperation by states on economic development, security and infrastructure within the noted regions seems clearly where the majority of Nigerians are moving.

“The seeming failure of governance at the centre with a sense of alienation by some, pervasive insecurity, economic stagnation, infrastructure gaps here and there are matters, which clearly can be addressed within collective regional mandates. Poor resource management and ownership feed into the frustration experienced in different regional enclaves currently.” The Senate in his opinion ought to know that constitutional amendment is not what Nigerians want at this point but fundamental restructuring.

“The Northern Elders Forum recommends the alternative of leaders of thought, elders, groups and professional organisations and representatives of government to freely discuss every element of our co-existence as a country under principles of voluntarism, genuine representation mutual respect and integrity of the process.

“A Nigerian Peoples’ Conference on Review of the Constitution will benefit from past work in this direction in addition to contemporary challenges, which the country needs to address in a context that allows free and productive engagements without pre-determined ends.

“The outcome of this conference should be submitted to the two arms of government, which should provide for a referendum in the constitution so that Nigerians can directly decide on how they want their nation to be structured and function.

“The North is willing to discuss other options that will do justice to the current constitution and the future of our great country,” adding that the NEF invites the attention of particularly northern groups to be wary of being railroaded into making submissions which the legislature will hold up as input, further justifying waste and deceit”.

“We advise the National Assembly to direct its energy and mandate towards convincing President Muhammadu Buhari to bring an end to the insurgency in the North-east and killings in most parts of North-central and North-west and other parts of the country. We advise the Senate to jettison the wasteful idea of giving Nigerians the impression that it is involved in a serious review of our constitution.”

Adding their voice to the debate, the Lower Niger Congress (LNC), said it was an exercise in futility, a journey to nowhere and an affront to the constituent components of Nigeria. According to its Secretary General, Mr. Tony Nnadi, “the legislative mandate/power of the National Assembly does not include constitution-making, which requires constituent powers that are vested exclusively in the people as an incident of their sovereignty.”

The LNC, a platform aggregating self-determination initiatives across the lower Niger territory to facilitate the emergence of a new constitutional order, stressed that the 1999 Constitution the lawmakers seek to review had been repudiated countrywide for being a fraud and an imposition. “Let those who wish to research or understand this assertion look up Section 14 (2)(a) of the so-called 1999 Constitution, which states that ‘Sovereignty belongs to the people, from whom government, through this constitution, derives all its powers and authority.’

“Accordingly, anyone who does not know that the National Assembly does not have the constituent powers to make or remake the constitution of Nigeria is simply ignorant on the subject, whether such a person is a senior advocate or a professor of law,” the group said. According to the LNC, there is a countrywide push to take down the “rogue 1999 constitution” and restore the hijacked sovereignties of the constituent components of the Nigerian union.