Fashola: We are constructing and rehabilitating 40 major bridges 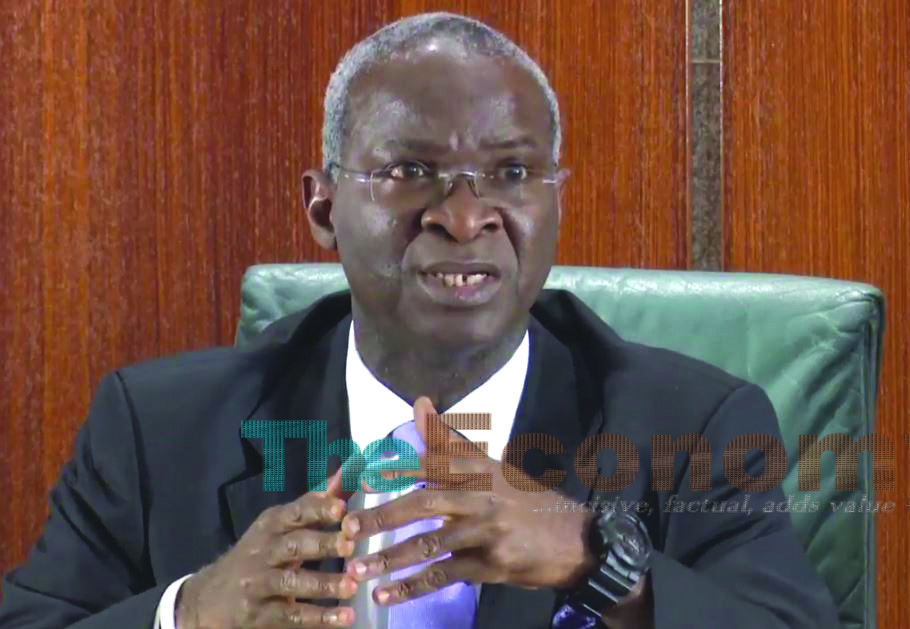 The Minister of Works and Housing, BabatundeFashola says the Federal Government has embarked on the constructionon, repair and rehabilitationon of a total of 40 major bridges across the country. Fashola, who stated this while inspecting the Loko-Oweto Bridge, in Nassarawa state said the work on the bridges were ongoing despite the limited revenue of the Federal Government.

According to the Minister, apart from the Loko-Oweto bridge project, work was ongoing on the Second Niger Bridge, the Ikom Bridge and 37 other bridges in Nigeria, which were being constructed, repaired or rehabilitated by his ministry. Some of the other bridges include the Third Mainland Bridge in Lagos, Murtala Mohammed Bridge in KotonKarfi and the Isaac Boro Bridge in Port Harcourt.Others include Chanchangi Bridge in Niger State and the Tambuwara Bridge in Kano.

Fashola in a statement issued in Abuja on Sunday by the Director, Public Relations, BoadeAkinola, said, “This government in spite of very limited resources and having to borrow is simply doing almost the near impossible in terms of infrastructure.

“Mr President continues to give his support and commitment to infrastructure. His understanding of the purpose of infrastructure for growth and development is very clear.”

On the construction of the Loko-Oweto Bridge across River Benue, the minister said the facility had offered shorter route for travelers, reduced travel hours to its barest minimum and facilitated redistribution of wealth in the local communities.

The works minister inspected the bridge with his counterparts from ministries of Information and Culture, Lai Mohammed; and Special Duties and Inter-Governmental Relations, George Akume.

Fashola said, “The (Loko-Oweto) bridge provides a shorter route, cutting off about four to five hours. For someone coming from Cross River to Abuja by road, ordinarily he will have to go from Calabar to Ikom, Ogoja to Katsina-Ala and then join Markudi, then through Lafia, Keffi and Akwanga into Abuja. “But now you have a bifurcation through Oweto to Nasarawa.”

On his part, Mohammed said it was the loans collected by the Federal Government that were being spent on the development of infrastructure such as roads and bridges.

He said, “Yes, we are taking loans. We are also making judicious use of the loans. And while these loans have a life span of 20 to 50 years, the roads we are constructing will have 50 to 60 years’ lifespan and outlive many of us.”