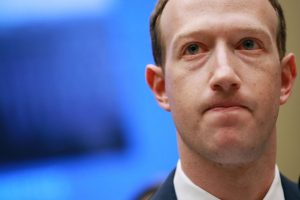 Facebook as a group lost over $7 billion to yesterday’s global outage which affected the app and its subsidiaries like Messenger, WhatsApp and Instagram. As a result, Facebook CEO was downgraded to the fifth-richest person in the world on Monday evening after his company battled major technical issues. The three social media platforms began to experience network troubles at around 4:25/pm Nigerian time). The disconnection is said to have affected at least over three billion online users all over the world.

Chief Technology Officer at Facebook, Mike Schroepfe, tweeted, “Sincere apologies to everyone impacted by outages of Facebook powered services right now. We are experiencing networking issues and teams are working as fast as possible to debug and restore as fast as possible.”

According to Bloomberg, a selloff sent the social-media giant’s stock plummeting around 5% on Monday, adding to a drop of about 15% since mid-September. The stock slide on Monday sent Zuckerberg’s worth down to $120.9 billion, dropping him below Bill Gates to No. 5 on the Bloomberg Billionaires Index. He’s lost about $19 billion of wealth since September 13, when he was worth nearly $140 billion, according to the index.

On September 13, the Wall Street Journal began publishing a series of stories based on a cache of internal documents, revealing that Facebook knew about a wide range of problems with its products — such as Instagram’s harm to teenage girls’ mental health and misinformation about the Jan. 6 Capitol riots — while downplaying the issues in public.

The reports have drawn the attention of government officials, and on Monday, the whistleblower revealed herself for the first time and accused the social media giant of putting “profit over safety” of its users.

In response, Facebook has emphasised that the issues facing its products, including political polarisation, are complex and not caused by technology alone. Many social media users are currently on Twitter while the microblogging chief Jack Dorsey is asking how much it cost to buy Facebook’s domain name.