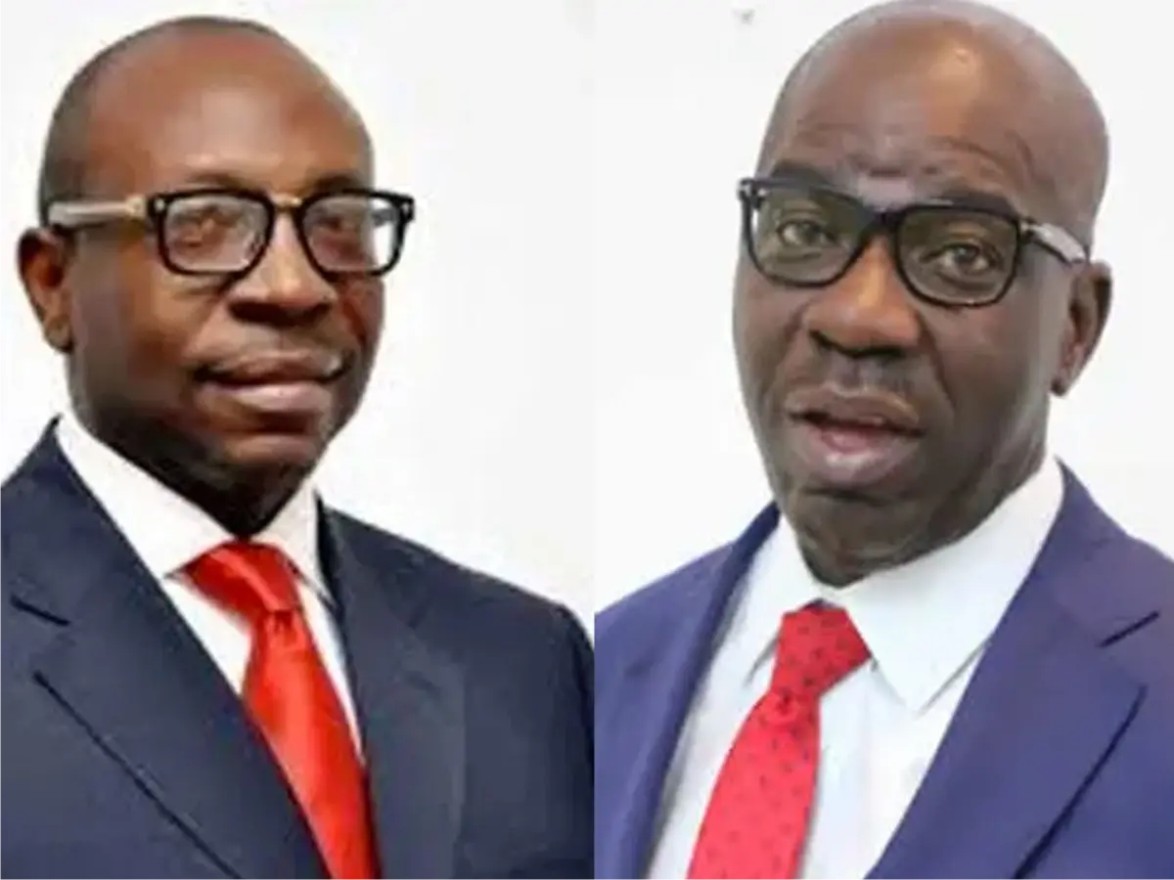 As the September 19 election day draws nearer in Edo State, the political gladiators from both sides of the divide are at daggers drawn with tempers rising to fever pitch. In recent times, there have been countless defections and cross defections within the leading political parties. It is fast looking like a zero-sum game where the gain of one party automatically translates to the loss of the other party.

The 2020 governorship election in Edo State, having dovetailed into a two-horse race, is from all indications, a re-enactment of the 2016 political battle between the two major contenders. In 2016, the PDP had as its candidate, Pastor Osagie Ize-Iyamu while the APC had Mr. Godwin Obaseki. However, four years down the line, the table has turned and both candidates have switched places. While Pastor Osagie Ize-Iyamu holds the APC ticket, the governor, Godwin Obaseki, flies the PDP flag. It is therefore a familiar war with same contenders within the same geographic space but under different political platforms and prevailing political conditions. Alliances have changed, loyalty broken and promises denied.

The last four years in Edo State have witnessed a metamorphic transformation in which old enemies have become friends while old friends have suddenly become sworn enemies. Political heavyweights in the state have had to decamp from one party to another in search of the elusive “greener pastures”. In tow with these movements are their hordes of party supporters and followers. As one Benin resident said; “an entire street has had to decamp from their former party to their current one as an act of solidarity to their street leader”. It has been so dramatic that some people in the state have had to switch political allegiance more than three times in the last six months .

One question on the lips of most political observers is: “Who will win the September 19 Edo governorship election?” In answering this question, we have to look at their political antecedents, current strengths and weaknesses.

In the 2016 Edo governorship election, the then candidate of the APC, Godwin Obaseki, with the full support of the outgone governor, Adams Oshiomhole,  polled a total of 319,483 votes to beat his PDP rival, Pastor Osagie Ize-Iyamu who scored 253,173 votes. A further breakdown of the votes reveals that Obaseki won in 13 out of the 18 local government areas of the state. Of the three senatorial zones, the APC effortlessly won two: Edo North and Edo South while PDP won the third one: Edo central.

However, in 2020, the facts have changed and the narrative is different. As it stands, the governor, Godwin Obaseki has decamped to the PDP and currently enjoys the support of only 7 members out of the 24-member Edo State House of Assembly. The governor’s erstwhile political benefactor and former governor of the state, comrade Adams Oshiomhole has pitched his tent with Pastor Osagie Ize-Iyamu along with the 17 members. This therefore means that while the APC may have found itself in the opposition, it however enjoys larger support base. In addition to these, political heavyweights in the state such as famous billionaire, Captain Hosa Okunbor, Comrade Tony Kabaka-Adun, Odigie Oyegun, the two federal ministers from the state, etc have lent their support to the APC candidate, Pastor Osagie Ize-Iyamu.

While it is difficult to predict with mechanical accuracy who will emerge victorious at the polls, available evidence point to the APC candidate. This is owing to the mass defection that has hit the governor’s camp in the run-up to the election. As at the last count, the governor has lost more than 30 of his official appointees along with their supporters. Even the governor’s Ward 4 Chairman in Oredo LGA has disowned him. This would definitely tell on his political spread and acceptability at the polls.

Looking at the 3 senatorial districts: Edo North, without an iota of doubt would go with Adams Oshiomhole’s choice; while Edo central, the traditional home of the PDP in the state would remain slightly unchanged.  However, the battleground would be Edo South senatorial district where both governorship candidates come from. While Obaseki, through the support and instrumentality of the political machinery of Adams Oshiomhole won it at the last election, the case would be different this time. Both candidates would have to slug it out this time around. Sentiments favour both candidates within the Edo South senatorial zone, it is left for each to convert it to political victory. In conclusion, the saying that 24 hours is a long time in Nigerian politics is true, thus a lot can still change in the weeks leading to the election. While we look forward to the D-day, this is wishing the candidates luck in their pursuit and peace to the state.