Eagles didn’t deserve to be in Qatar – Amokachi

Former Super Eagles forward, Daniel Amokachi, says the three-time African champions did not deserve to qualify for the Qatar 2022 World Cup later this year, after they were held to a 1-1 draw by Ghana.

Ghana scored a crucial away goal through Thomas Partey inside 10 minutes, but William Troost-Ekong scored from the spot to earn his side a share of the spoils. 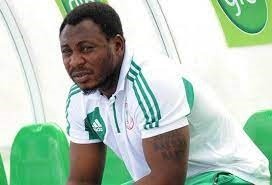 The first leg of the play-off finished in a goalless draw at Kumasi last Friday.

According to the former Besiktas star, the Eagles’ poor attitude and lack of urgency cost them a place in the finals in Qatar.

“The Eagles didn’t come to play at all,” Amokachi said in his post-match analysis of the game on SuperSport.

“The players did not show how important it was for them to play at the World Cup. They were playing as if they didn’t know that there was an away goal rule. The urgency was zero from our players.

“They didn’t deserve to qualify for the World Cup from the way they played. The Ghanaians showed they wanted it more than our boys. Their attitude was not the best at all and they were nonchalant in their play.”

“(Frank) Onyeka’s injury affected the game but the Ghanaians were tactically sound on the night.

“And this is what you get when you have your team 99 per cent built around players born overseas.

“Calvin Bassey was exhausted after the first half and you could see that he always had his hand on his waist each time. I don’t know why he was on for that long.”