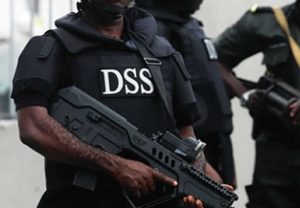 Operatives of the Department of State Services have arrested five suspected kidnappers of a six-year-old boy in Gadon Kaya, Gwale Local Government Area of Kano State.

The suspects, who are between the ages of 16 and 20, were said to have connived with the cousin of the victim, Abdulhadi Ibrahim, to perpetrate the crime.

The DSS officer, who led the operation to arrest the kidnappers, told journalists that the suspects met and agreed to commit the crime in order to get money to celebrate the last Eid-el-Kabir.

The officer, who declined to mention his name, said the father of the boy, Abdulkadir Salisu, reported the matter to the Kano Command of the agency that his son was missing.

He said operatives immediately swung into action and tracked the suspects, who had collected N150,000 out of the N5m they demanded as ransom, and apprehended them.

The operative added that Ibrahim contracted one Adam Shehu to convey the victim in his tricycle to a location, where one Aminu Salisu collected him and stayed with the boy for three days.

The DSS operative stated, “During negotiations, the kidnappers kept deceiving the boy’s father until they collected N150,000, while the kidnapped boy was said to have been hidden in a place, where the operatives traced and rescued him unharmed.

“However, the parents of the suspects agreed to refund the ransom their sons collected to the father of the victim and the boys are still with us until all necessary requirements for their bail are completed.

“The ring leader of the kidnappers, Abdulhadi Ibrahim, 18, confessed to organising the criminal act against his cousin, but begged for clemency.”