Djokovic in action on day one at US Open bubble 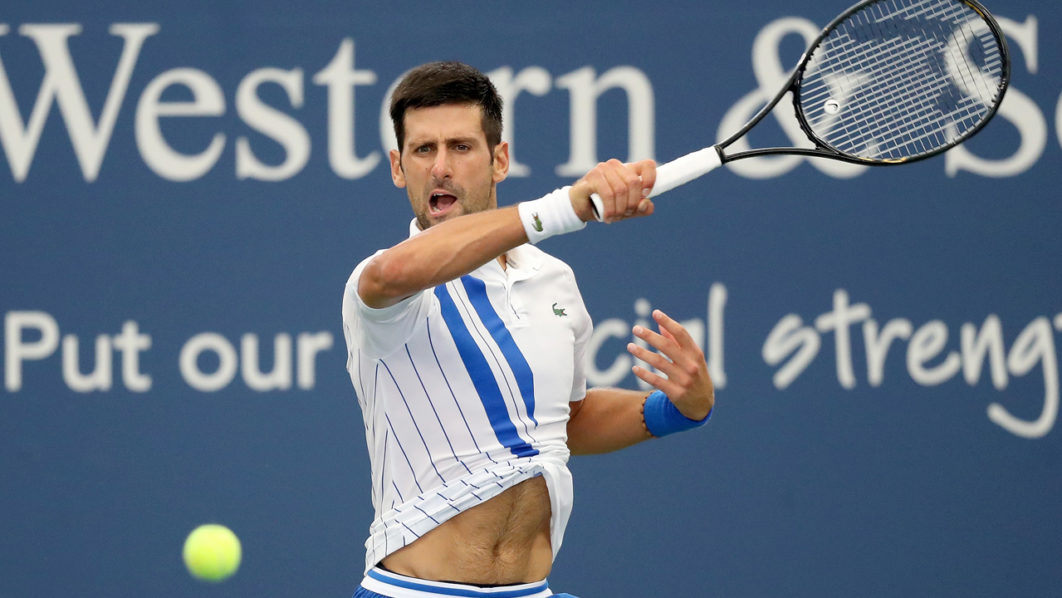 Overwhelming favorite Novak Djokovic begins his quest for an 18th Grand Slam title on Monday as a unique, spectator-free 2020 US Open gets underway in a COVID-19 quarantine bubble at Flushing Meadows.

The world number one headlines the opening day of a tennis major that promises to be unlike any other and which is missing several top players due to coronavirus fears.

Djokovic takes on unheralded DamirDzumhur of Bosnia-Herzegovina in a round-one evening match at an Arthur Ashe Stadium that in normal years buzzes with 23,000 screaming fans.

But due to strict measures aimed at keeping COVID-19 out of the US National Tennis Center, only players, officials and a handful of media will be watching in-person this year.

“It is strange to see,” said Djokovic, crediting his love of playing on the New York hardcourts to Ashe, which he described as “the most dynamic and explosive court” in the game.

“The circumstances are very unusual but we have to deal with it and try to embrace it,” the Serbian superstar added.

The US Open marks the first Grand Slam of the coronavirus era, and the first since the Australian Open in January and February after the global pandemic wiped out much of the season, including Wimbledon.

– No Nadal, Federer –
The absence of defending champion Rafael Nadal and Swiss legend Roger Federer gives Djokovic a prime opportunity to gain ground on his rivals in the chase for the all-time men’s Grand Slam singles title record.

Top seed and three-time US Open winner Djokovic — who has won five of the past seven Grand Slam crowns — has 17 slams, behind Nadal on 19 and Federer on 20.