Djokovic Disqualified From US Open 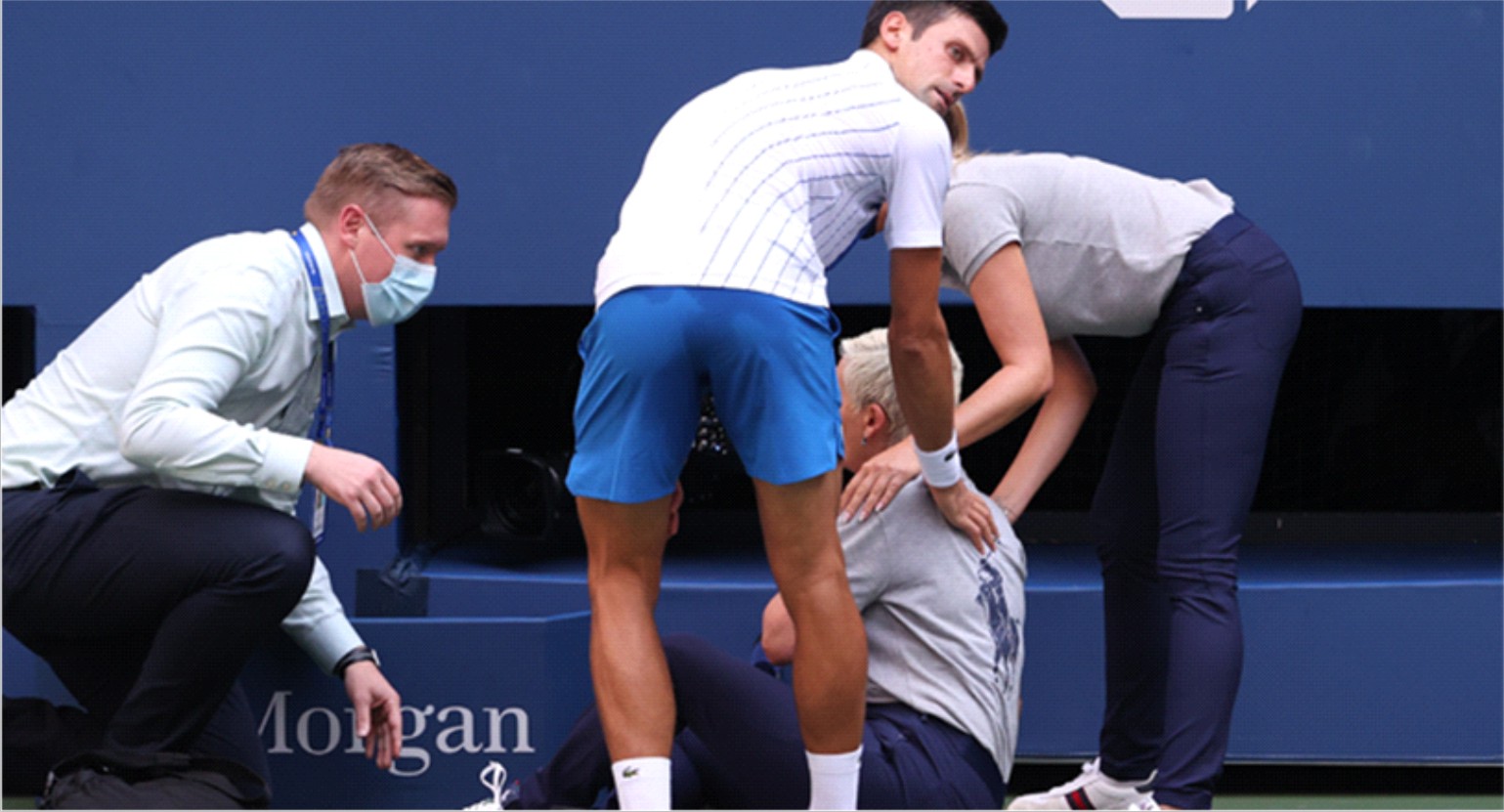 Novak Djokovic was dramatically disqualified from the US Open on Sunday after accidentally striking a female lines judge with a ball in frustration during his last-16 match, sending shock waves through the tournament.

The world number one apologized for hitting the ball in disgust after losing his serve to go 6-5 down in the first set to Spain’s 20th seed Pablo Carreno Busta inside Arthur Ashe Stadium.

Djokovic appeared to be looking the other way when he pulled the ball from his pocket and smacked it in the direction of the official, hitting her full toss in the throat.

The official cried out and began gasping for air as she collapsed to the ground.

Djokovic rushed over to check on her, placing his hand on her back as she struggled to breathe. After a few minutes she got up and walked off the court looking dazed.

Thereafter, discussions ensued between Djokovic and the tournament referee Soeren Friemel, during which the world number one pleaded his case.

The umpire then declared that Carreno Busta had won by default. Djokovic shook hands with his opponent before leaving the court without appearing to shake the umpire’s hand.