Deconstructing The Politics Of Protests 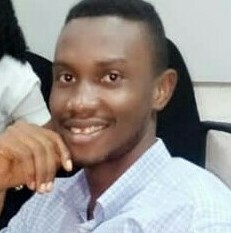 ONE of the very features of democracy is the freedom to debate and, if you may, hold opinions. Debates are integral parts of the course to national development. At least it allows for diversity, especially in a multi-cultural society. Debates however, can be very diversionary and problematic, especially when unmediated or moderated. The problem with debates is its inflammable tendencies to turn into contests and from this to gradually carry on into a battlefield of combat of voices rather than reason between the two hitherto debating but now warring sides.

What is at stake is the possibility of obscuring the real issues as well as the valid points raised by the less popular or vanquished side, in the capitalist ‘winner takes it all’ manner. For a nation with a politically diminished sense of optimism and direction such as Nigeria, debates can provide fertile grounds for the performance of the inflammable political and economic despair and pessimism of the state and citizenry, characteristics of a failed state. Worse for it, nothing else drowns the possibilities of the prayed revolution expected especially of the youth demography.

You would recall that on the 25th of May, 2O2O, monster Derek Chauvin, a Minneapolis corps, knelt for some nine minutes on the neck of an armless brother, George Floyd, killing him in what seemed a racist manifestation. A few months later, we would be burdened with horrible news of the pilling of seven bullets in the back of another black, Jacob Blake. The dust raised by the events of these catastrophes have condensed into two combative and contesting views or tunes, leading to insults, blames, counter-blames and name callings, instead of a critical appraisals. It is time really to respond to those, as the need for this has all the more been made necessary by the case of Jacob Blake. The first view holds that the solidarity protests from Africa against the resurgence of racism against blacks in the United States leading to the death of George Floyd and now Jacob Blake, seem not to be very sufficient.

Combating this proposition is the more popular tune which designates Nigerians’ attempt at demonstrations and protests over George Floyd as hypocrisy. This view holds that Nigerians have all the while been mute and done practically nothing about the much worse conditions and monsters led by the rein of the General, and thereby have no moral right to cry foul of offshore depravities and monsters.

My position is that of a mediator, for I think that more voice than reason has been raised here or there by both sides, which are both revealing of the shallow and misinformed state of the minds of their assertors, as well as misguiding and obscuring of the efforts and plights of helpless Nigeria. Let us therefore, begin our examination or mediation if you may, from the first assertion that seems to understand our protests as insufficient demonstration of solidarity with the African-Americans over Derek’s depravity. The relationship that existed and still exists between Africans and the African-Americans is a long and biological one. We inhabit the fatherland, and they have stretched our habitations to the further parts of the world. You would remember the works of Marcus Garvey, Emire Cesare, Frantz Fanon, W.E. B du Bois, Buka T Washington, and many too numerous to mention about and for Africa. You would also remember that in reaction to the segregation laws in America, attempts were made to carve out lands in Africa for the repatriation of our suffering and rejected brothers and sisters who were refused integration on racial bases in the land they had offered blood and bones to raise.

Together in solidarity we fought racism, slavery, prejudice, colonialism, oppression, dehumanization, racial hierarchy, and all the vices that Europe and America symbolised. This brotherhood and solidarity are perhaps, what when vividly remembered; motivate the opinion that our responses this time might be insufficient. As emotionally and historically true as the above re-memory from which the opinion in focus may have been drawn seems, we may need to admit that accepting the indictment for insufficient solidarity through demonstrations or protest would have been much easier for us in Nigeria and Africa if things really worked out the way we all thought, believed and hoped during the ant colonial struggles.

The truth is, when in brotherhood and solidarity we fought colonialism, oppression and racism, chanting such fine slogans as ‘black power’, ‘black and proud’, and Africa for Africans, we all thought that the vices that the white man represented would be a thing of the past as soon as the black man had political independence and freedom to preside over his affairs and fate.  But very sadly, we realized that the suffering and slavery, hate and oppression that we witnessed under the supervision of the white man was only a tip of the iceberg. For the corruption, oppression, brutality, wickedness, ethnicism and decadence that black leadership was going to supervise and engineer against their own people were going to be worse by an unimaginable percent. I had mad an argument in the introduction to my poetry collection in response to why we couldn’t have been very proud and vehement with our solidarity protests and demonstrations over the American depravity that resulted in the wicked murder of Floyd. I wish to replicate that response here.

When from the hearts of America, our black brothers and sisters echoed, Black Lives Matter! They expected those of us at home to re-echo the pledge with the same anti-racial anguish. However, their expectations created a deep conflict back at home. Although back home, we did chorus back, yea, Black Lives Matter!, it was merely a lip service paid for the sake of colour and race solidarity with the diaspora. But in truth, there was a deep sense of guilt which reminded us of our own unbearable catastrophes and thus tormented us as we strove to sing along. This sense of guilt would rather we echoed much more daringly but sincerely, that alas, it is human lives matter! For even we at home cannot breathe. By implication, the so-called little protest that greeted the George Floyd catastrophe in Nigeria  were not against American racism per se, but against human depravity actually.

Ezema is of the University of Ibadan