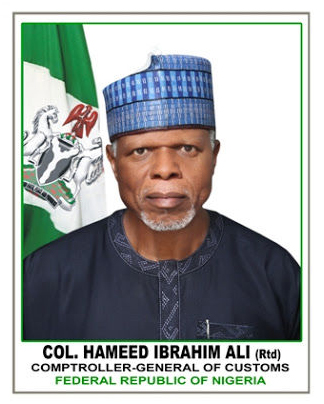 Lami Wushishi, comptroller, Customs Area Command, made this known in Lagos while handing over the seizures to Department of State Service (DSS) at the Port Express Terminal. 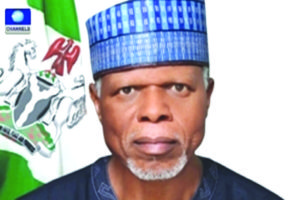 According to her, in a bid to suppress the smuggling of contraband and prohibited products under any guise, the command detained a 40ft container with No ECMU9239436.

Wushishi said that the container was imported into the country by a Kano-based company dealing in logistics. “The consignment which originated from China and arrived Nigeria on July 14, 2017was falsely declared as 200 packages of thread take-up can and 150 packages of polyester materials. The consignment contained 732 rolls of plain Army uniform, 666 rolls of camouflage, and 129 rolls of polyester material and another five bags of polyester. The container was intercepted by vigilant officers during the 100 per cent examination in line with Vice-President Yemi Osinbajo’s directive on Ease of Doing Business,” Wushishi said.

The command, she added, also arrested a representative of the importer and an agent as suspect. Wushishi handed over the container and the two suspects to the appropriate agency for further investigation as enshrined in Customs and Excise Management Act. Cap C 45, LFN 2004, Section 67 (2). She assured port users of the command’s continuous effort in ensuring the implementation of Fiscal Policy of the Federal Government and continued collaboration with other sister agencies.