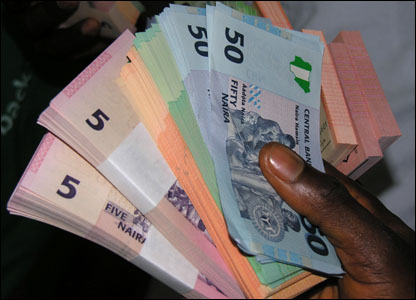 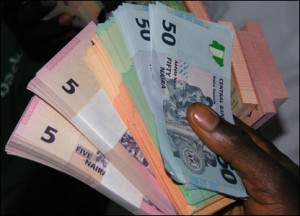 SOME of Africa’s biggest economies are taking opposite approaches on monetary policy as they struggle to cope with collapsing commodity prices and a slump in investor confidence.

SA, Nigeria, Angola and Ghana are set to announce their first interest rate decisions of the year this week in an environment complicated by plummeting currencies, rising inflation risks and deteriorating growth.

While a record-low rand may force South African policy makers to take more aggressive action, Nigeria is set to stick to its looser policy, according to analysts surveyed by Bloomberg.

The contrasting approaches underscore the difficult policy choices African central banks are being forced to take, as their currencies suffer the worst of the rout in global financial markets. In Nigeria, the continent’s biggest economy, growth concerns and naira stability have trumped inflation risks, while fiscal pressures in Ghana and an oil-triggered crisis in Angola have fuelled weaker currencies and prompted higher interest rates.

“A further decline in commodity prices, tightening of monetary policy by the US Federal Reserve, and unfavourable weather conditions mean that the short-term outlook for African currencies is weak,” NKC African Economics economist Jacques Verreynne says.

“Although the outlook for economic growth is fairly weak in many parts of the continent, there is pressure on central banks to raise interest rates in order to anchor inflation expectations,” he says.

The Bank of Ghana was set to kick off the week’s policy decisions by keeping its benchmark interest rate unchanged at 26% yesterday after three increases last year, according to seven of the 10 economists surveyed by Bloomberg. Kenya’s central bank also opted last week to extend the pause in its interest rate cycle by leaving the rate at 11.5%.

In Nigeria, pressure is mounting on central bank governor Godwin Emefiele to devalue the naira and ease foreign currency controls that are hurting businesses and worsening the outlook for growth.

He surprised market analysts at the last monetary policy committee (MPC) meeting in November by cutting the benchmark rate by two percentage points to 11% and snubbing calls to weaken the currency. All but one of the 22 economists surveyed by Bloomberg predicts Mr Emefiele will leave the rate unchanged today, with some predicting an adjustment to the naira rate.

“Ghana and SA have already moved closer to equilibrium. Nigeria has not really accepted that the currency price is in disequilibrium.”

While the Central Bank of Nigeria has virtually fixed the naira at 197-199/$ since March, the rand has plunged about 29% and Ghana’s cedi is down almost 8% in the same period.

The rand’s slide to a record-low of 17.9169/$ earlier this month is adding to pressure on inflation in S A at the same time that the worst drought in more than a century boosts food costs. Inflation accelerated to 5.2% last month and is set to exceed the central bank’s 3%-6% target band this year.

That may prompt the Reserve Bank to increase the magnitude of its rate increases from 25 basis points. While most of the 23 economists surveyed by Bloomberg predict higher rates this week, 16 forecast the repurchase rate of 6.25% will be lifted by at least 50 basis points.

The MPC decision will be the first since the Federal Reserve raised interest rates last month and President Jacob Zuma shocked financial markets by changing his finance minister three times in the space of five days, triggering a weaker rand.

Governor Lesetja Kganyago said in an interview last week that it was impossible to avoid the trade-off between growth and inflation and the central bank would “act with resolve” if price pressures stemming from a weaker rand spread more broadly in the economy.

“There’s still room for African central banks to tighten monetary policy,” says Courage Kingsley Martey, an economist at Databank Group. “It is possible to sacrifice growth for some time and then allow macroeconomic stability to return, else inflation will return to haunt growth.