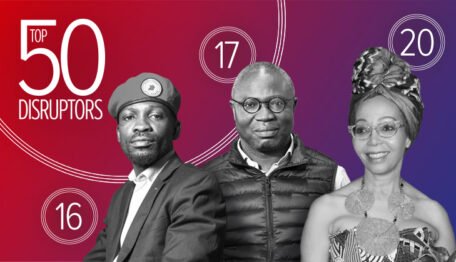 Nigeria’s export earnings dropped by nearly $2 billion in one month due to the global coronavirus pandemic, which affected prices of crude oil, according to data from the country’s central bank. “Due to the decline in the price of crude oil in the first quarter (Q1) 2020, aggregate export earnings declined by 14.9% and 12% to $13.39bn, compared with $15.74bn and $15.22bn in Q4 2019 and 2019 Q1 respectively,” according to figures published in a report by Nigeria’s central bank.

Earnings declined by 14.9%, from $15.22 bn in March 2020 to $13.39bn in April of the same year, on a decline in crude oil prices, elaborated the Central Bank of Nigeria in its monthly economic report for the month of April.

Export of crude oil fell by 20% and 14%  to $9.48bn compared with $11.84bn sold in the fourth quarter of 2019, due to the fall in the average price of Nigeria’s bonny light crude, which fell from $65.87 to $52.48 per barrel in the first quarter of the year, added the regulatory bank. Crude receipts contribute less than 10% to Nigeria’s gross domestic product but account for nearly 90% of foreign-exchange earnings and half of the government revenue.

The non-oil sector driven by cashew nuts, cocoa beans, sesame seeds sold to The Netherlands, Côte d’Ivoire, Brazil, and the United States, however, experienced a marginal increase of 0.9% from $2.14bn in the fourth quarter of 2019 to $2.16bn in April, according to the report.

But compared to the first quarter of 2019, however, receipts fell by as much as 9% lower than $2.36bn recorded in the time period.

As many African countries attempt to shorten the economic impact of the coronavirus by easing lockdown on their citizens, seven African countries including Nigeria, Sierra Leone, Zambia, Zimbabwe, Cameroon, Liberia and Morocco are starting to study antibodies produced from those infected by the virus, as part of efforts to understand the extent of the outbreak on the continent, said John Nkengasong, the head of the African Centres for Disease Control and Prevention.

The seven countries are the first set to commit to the testing. Africa has so far conducted 9.4 million coronavirus tests, a 10% increase since the beginning of the month, added Nkengasong.