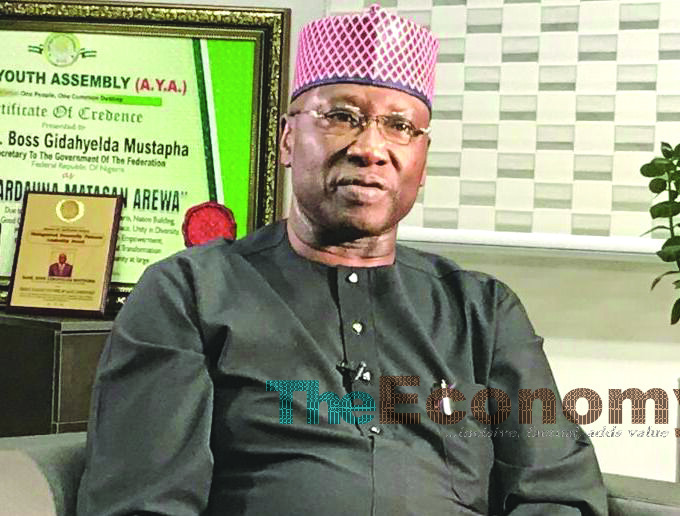 The Presidential Task Force (PTF) on the COVID-19 pandemic has affirmed that the curve of the virus infection in the country has started to flatten. The Chairman of the task force and Secretary to the Government of the Federation (SGF), Mr Boss Mustapha, made this known during Thursday’s briefing in Abuja.

Mustapha, however, admonished that the observed success should be approached with vigilance, saying that the reopening of international flights and other parts of economic activities could endanger the success so far gained as being careless could lead to a second wave of the disease.

He stated: “Looking back at our National Response, using science, data and experience from other countries, we cannot but say that tremendous progress has been made and that we are beginning to flatten the COVID-19 curve.

“However, as we have always stated, this positive development shall be taken with vigilance and cautious optimism. This is based on the fact that we are convinced that we have not tested enough, we have only recently reopened our international flights and that nations that had opened up their economies have done a re-think following the resurgence of the cases in their countries.”

The SGF remarked that the PTF is closely watching the developments at the airports and taking-in comments and observations sent by Nigerians and passengers. He said most of the comments are around the protocols and requirements for departure, arrivals, testing in-country, self-isolation. He expressed the PTF’s regret over the inconveniences experienced by arriving passengers, noting that the overriding public interest is a critical factor propelling the policies.

Mustapha assured that the observed issues with access to the portal, cost, pre-boarding validity timing and other factors remain work in progress and will be reviewed as and when necessary, while the PTF shall remain open to suggestions and comments.

He said that the PTF has lasted exactly six months from March 17, 2020 since the taskforce was inaugurated and that as the nation observe this landmark timeline, Nigerians should be reminded that the world has hit 30,026,460 cases, Africa cumulatively reached 1,380,223 cases while Nigeria has also reached 56,604 cases.

He said: “Of particular note is the fact that India has crossed the five million cases mark and continues to report the highest daily case load over the past six weeks. These numbers are reminders that point to the need to gird our loins tightly in our national response and build stronger and more unified global collaborative efforts to overcome the virus.

“Again, we reiterate the underlying objectives of the UN General Assembly resolution calling for global collaboration as the most veritable vehicle to fight the virus.” He reiterated his appeal to all health workers under the Joint Health Sector Unions (JOHESU) to call off their strike action, noting that the nation cannot afford any further disruption to its health systems.

Mustapha added: “Before I invite the Hon Minister of Health, the DG-NCDC and the National Coordinator, let me once again send a strong appeal to all health workers particularly, JOHESU members, that the nation can ill-afford any further disruption to its health systems.

“The on-going strike has been very costly in terms of human lives but such losses can be avoided. Government shall continue to do its best to push through the negotiations with the unions and hopefully, reason shall prevail.”

The SGF also spoke on the forthcoming 60th Independence Anniversary on October 1, 2020, saying that even though it calls for joyous celebration, there is still the need for all Nigerians to take responsibility. He remarked: “We have together participated in this national response and also recognised that this year, 2020, has been trying for humanity. This celebration should therefore be both joyous and reflective for us all.

“We urge you to remain mindful of the fact that there is a new normal and that the COVID-19 is virulent and dangerous. We urge you to continue to take responsibility.”