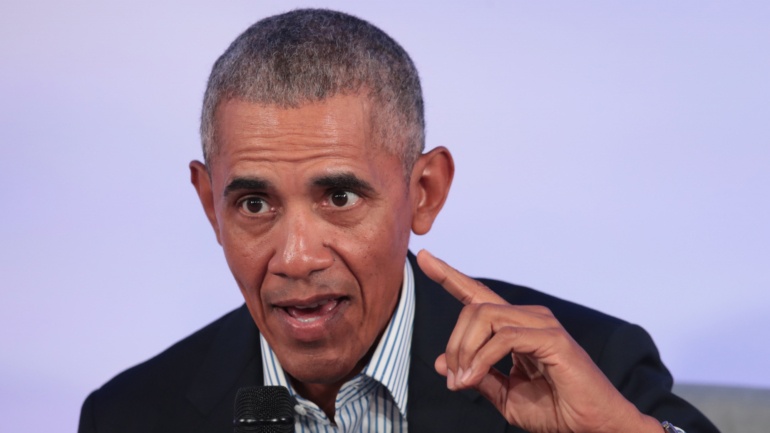 The former US president Barack Obama has announced the publication in November of the first half of his memoirs, “A Promised Land” — two weeks after the election pitting Donald Trump against Joe Biden. Publisher Penguin Random House said the book will be released in 25 languages simultaneously on November 17. “There’s no feeling like finishing a book, and I’m proud of this one,” Obama tweeted.

“In A Promised Land, I try to provide an honest accounting of my presidency, the forces we grapple with as a nation, and how we can heal our divisions and make democracy work for everybody.” Obama, America’s first black president, served two terms in the White House from January 2009 through January 2017, when he was succeeded by Trump. The book will reveal Obama’s thoughts during the global financial crisis and his take on Russian President Vladimir Putin, the statement from Penguin Random House says.

It will also revisit the 59-year-old Democratic leader’s approval of a May 2011 raid in which Al-Qaeda leader Osama bin Laden was killed in Pakistan.  A release date for the second volume has not yet been set, Penguin Random House said.

“I’ve also tried to give readers a sense of the personal journey that Michelle and I went through during those years, with all the incredible highs and lows,” Obama said in a statement. “I hope more than anything that the book inspires young people across the country — and around the globe — to take up the baton, lift up their voices, and play their part in remaking the world for the better.”

Michelle Obama’s book “Becoming” — released in November 2018 — was a resounding success, with more than 11.5 million copies sold around the world.