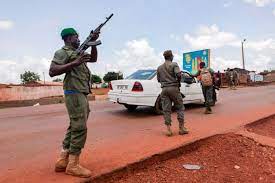 In what observers see as a palace coup, Mali’s military has detained the President, prime minister and defense minister of the Interim government.

To this end, the United Nations’ Mission in Mali on Monday called for President Bah Ndaw and Prime Minister Mocter Quane’s “immediate and unconditional release”.

The MINUSMA mission said on Twitter that those who hold the leaders will have to answer for their actions. United Nations Secretary-General Antonio Guterres called for calm and for Mali’s civilian leaders to be released.

“I am deeply concerned by news of detention of civilian leaders of the Malian transition,” Guterres said on Twitter. “I call for calm and their unconditional release.” They are not emblematic figures of the junta,” the official said, referring to the newly appointed ministers.

In an example of mounting unease, the opposition M5 movement — which spearheaded protests against Keïta in 2020 — this month urged dissolving the interim government and demanded a “more legitimate” body.

But the M5 is divided. Two members of the Union for the Republic and Democracy party, for example, were appointed interim ministers Monday. The party is part of the M5.

Civil disputes in Mali are also adding to the pressure created by political feuding, according to reports by FRANCE24, AFP and Reuters.

The country’s largest union, UNTM, called a second week of strikes on Monday, after pay negotiations with the interim government collapsed.