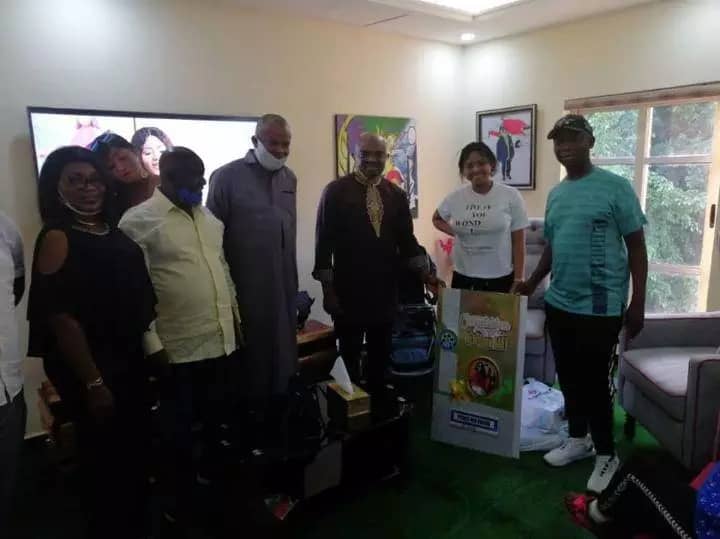 Popular actress, Regina Daniels recently put to bed a bouncing baby boy for her husband, Ned Nwoko, the Delta-born billionaire politician and business man. As an act of honour, her colleagues from Nollywood paid her a visit with loads of gifts and congratulatory messages.

Led by its president, Emeka Rollas, the Actors Guild of Nigeria (AGN), named the new baby boy, “the Nollywood Baby of the year”. Laudable as the act may be, many observers have criticized it, describing as unnecessary and self-serving. For the critics, the year is barely six months gone coupled with the fact that many other Nollywood actors that put to bed in the course of the year were not honoured with such a visit.

While the controversy rages, it is hoped that this would not further disintegrate the already fractious body.

Kizz Daniel’s ‘Buga’ Is The Most Googled Song In Nigeria