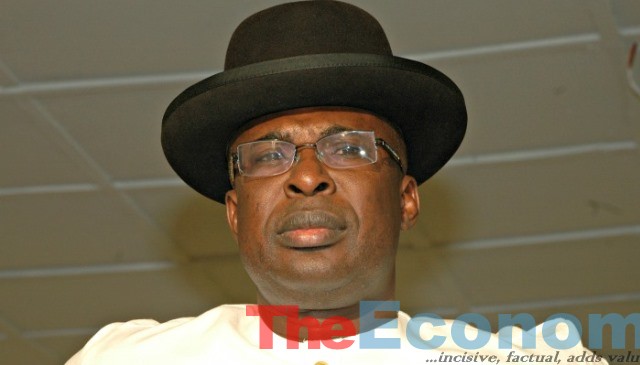 The federal government has said that the policy choice it adopted in the deregulation of Nigeria’s downstream petroleum sector was one which prioritises the interaction between market forces as well as consumer protection in the setting of the pump price of petrol. The Minister of State for Petroleum Resources, Mr. Timipre Sylva stated this during a recent digital session for the Nigerian Oil and Gas (NOG) Strategic Outlook.

The government earlier in the year announced the deregulation of the downstream sector of the petroleum industry.Owing to this, the government suspended the subsidy regime it ran for years which was allegedly covered in corruption and secrecy.

However, members of the country’s organised labour opposed the policy which saw the pump price of petrol rise and were recently able to hammer out a price reduction deal with the government.

Furthermore, Silva explained during the online session that the government’s removal of subsidy on petrol was in the interest of Nigerians, and that, “deregulation is going to save the Nigerian government up to N1 trillion every year, which the country can use to develop other aspects of the economy.”

He further said that the government was keen to protect petrol consumers in the country from unfair market practices and wouldn’t completely exit the sector.

“What the government has done is to take the back seat and allow market forces determine the cost of PMS,” said Silva.

He then stated: “However, government will continue to play its traditional role of protecting the consumer against profiteers.

“Government has also realised that this policy will come with some level of pain to all Nigerians and as a result, has introduced an alternative fuel source for our vehicles – Autogas.”

According to him, the Autogas initiative will cushion the effects of the downstream petrol sector deregulation and equally create huge markets and enormous job opportunities for Nigerians.

“The use of LPG and CNG present huge benefits with regards to efficiency, availability, accessibility, versatility, and environmental protection and safety,” he added.

The minister noted that the inauguration of the National Gas Expansion Programme (NGEP) in January by the government was done to boost the use of natural gas in the country and shift from crude oil to gas.

He said: “We have initiated efforts to deliver sustainable energy by improving gas availability and accessibility, boosting gas-based industrialisation, and promoting economic diversification in our crude resources.”

He referred to President Muhammadu Buhari’s recent launch of the Autogas scheme as the country’s determined step to drive the adoption of Liquified Petroleum Gas (LPG) and Compressed Natural Gas (CNG) as an alternative fuel for Nigerans.

“This alternative fuel option will afford Nigerians a cheaper, cleaner, and better choice of fuel. Cheaper than the price of PMS, cleaner for our environment, improving our carbon footprint and better for our automobile and generator engines.

“With a proven gas reserve of over 200 trillion cubic feet (tcf), Nigeria has huge potentials to be on the path to becoming an industrialised nation, with the right policies and regulations to expand the utilisation of her gas resources,” he noted.