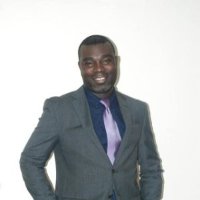 Dr. {of letters, meaning should be familiar with basic academic concepts} Kayode Fayemi has opted for uranium enrichment for nuclear energy generation for Nigeria.

He’s spending scarce resources inviting IAEA officials to Nigeria to undertake training and stuff. The actual construction of a well planned nuclear plant takes anywhere from 3-5 years depending on a host of variables.

That’s the way he wants to ‘diversify’ the Naija economy by focusing on the extractive possibilities of the environment.
Now if we applied some common sense……

Nigerian economy is tanking badly at the moment. Jobs are not being created. Anger is rife. Yet these overpaid, overfed and over estimated individuals are making plans which will not come into fruition in their allocated electoral dispensation. How convenient to escape responsibility?

After spending his holiday gawking at Serena’s bum at the lush environments of Wimbledon only last month, you would have thought he would be well relaxed to think hard about Nigeria’s problems.

One, Nigeria has not reached intelligence in all industrial and social sphere to afford the singularity of nuclear power. What i mean is, Nigeria doesn’t have the manufacturing ability to replace or produce parts, it doesn’t have the intellectual nous to keep producing nuclear experts in our university to keep the plants working and safe {we have to bring in foreigners}, we don’t have a health service to deal with accidents, we don’t have emergency services to deal with a disaster. We don’t even have policing and intelligence capacity to deal with saboteurs who might want to sunk the project like they are doing to the oil installations.

I do not see how a government dealing miserably with ‘cow herders’ and ‘avengers’ can foil a sophisticated attack on its nuclear plants, whether from external of internal saboteurs.

Instead, we have solutions without the risk of radio-active self annihilation with us. Renewables!
We have low hanging fruits – thermal technology. The sun is blazing like mad in ALL of Nigeria. European countries with 3 months of epileptic sun supply are making giant strides in renewables. And with renewables, you can provide many low tech engineering, fixing and recycling jobs all over the country!

Whilst your nuclear plant will employ a few qualified Nigerians and expatriates maintained at high costs, and the bill for doing that passed on to you via energy bill inflation, you can get at least 2 million people into work with renewables.

What we are witnessing with this government’s scatter gun policy approach is a lack of coordination. That sucks. It’s painfully and agonisingly difficult to admit. A country of intellectuals and well educated talents bumbling about like a rudderless ship on the oceans./

We all agreed on diversification of the economy. Yet we do not think that the extractive, agriculture, mining, and manufacturing industries are largely fiendishly energy consuming operations.

If fuel is not affordable, it would hamper the need to invest in the first instance!

You would have thought the government would on its own, use the recovered cash to build massive refineries to refine fuel and keep prices down. We have been hoodwinked by some voodoo economists about keeping the refineries in private hands. Bull shit. EDF and China Energy are world class firms building the next generation nuclear plants for the UK. Both are publicly owned companies in their respective countries, beating private firms in public tenders for jobs.

EDF is French and they have been so successful {France came into the nuclear game later than her more illustrious European competition} they are generating, consulting on efficiencies and building turnkey city energy management systems all over the world. Google up what they are doing in Singapore at the moment.

They have developed that ability ONLY BECAUSE THEY WERE A PUBLIC COMPANY! If you run your public companies so well, you have many gains. Expertise, research, and reserves to compete globally are some of the benefits.

Are these people angels? So why should we think we cannot do that in Nigeria? Or that we will not go very far if we do not find a way to do exactly that. I am afraid to tell you the championed ‘private sector’ in Nigeria are far worse in being toxic to the whole operating environment and social fabric of the nation. That should be evident and the obvious solution should be to find a way to DEAL with the corruption issue in public and private life. IN FACT, IF YOU GET TO FIX THE CORRUPTION IN THE PUBLIC SECTOR, YOU WOULD HAVE HAD A CONSIDERABLE IMPACT ON THE PRIVATE SECTOR.

That is a fact. If you know the regulators are above board, you’re likely to play the game more squarely if you are an investor.
But i digress {the inevitability of writing on the convoluted Nigerian issues}. Back to the diversification thought line.

If you want to diversify the economy, you need to use what you have to construct what you need. Crude is what we have. There is an internal market for refined products. There is an external market for refined products all across the West and Central African coasts. And the investors you want to dig the ground for uranium, gold, bauxite, e.t.c will need more diesel, petrol to be really cheap for their operations to make sense!

So WHY on earth is the government not realising that building refineries and operating that, just to kickstart some sort of industrial revolution from which it can earn more taxes and get more people into work is more profitable than leaving it to a cartel without the interests of the government or long term goals of the nation at heart?

And there goes the rubbish ‘subsidy’ lies. When you refine a barrel of crude oil, you get more products than PMS and Diesel. You get many other products – at least 9 of them – that the industries currently import from abroad, thereby putting a lot of pressure on the Naira exchange rate.
Somebody needs to coordinate all the government policy and see if it works for the over all plan. Working in silos will create silo mentality and more problems created with each purported solution.
Aaaaargh! Gotta go.