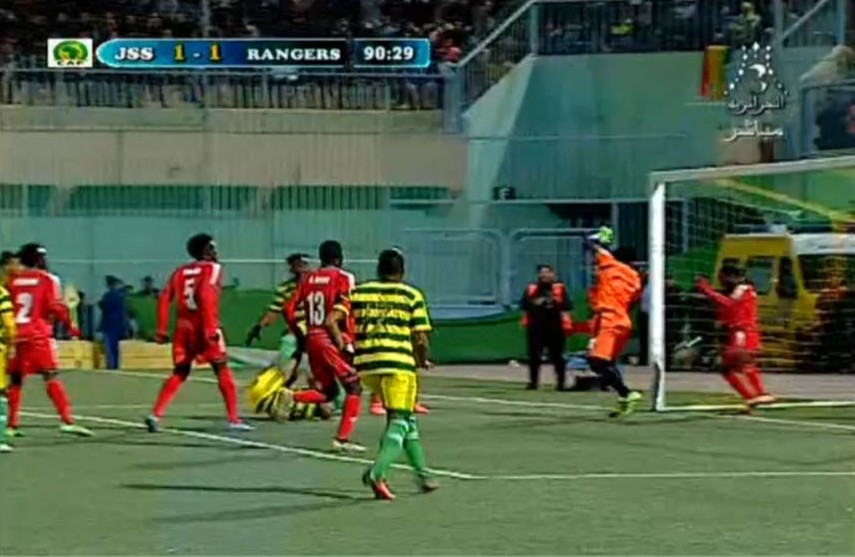 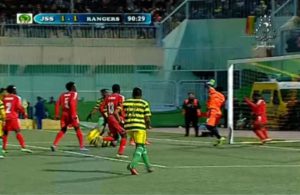 Rangers players and technical crew have been hailed by their newly appointed General Manager, Christian Chukwu, for their gallant performance in the 1-1 draw against JS Saoura of Algeria in the Caf Champions League preliminary round, first leg tie on Friday night.
An elated Chukwu praised Rangers players for braving through the Algerian cold weather and hostile fans to record an important draw in the elite continental championship.  According to the former Nigeria international, he was particularly elated by the fact that Rangers’ players played to the coaches’ instructions and were very careful with the way they comported themselves before, during and after the game.
“We are very satisfied with what the players played and the result we got at the end of the day. The players tried their best to cope with the weather and they held on to record the draw,” Chukwu said, stressing that their attention has now shifted towards winning the reverse fixture billed for February 19 at the Nnamdi Azikiwe Stadium in Enugu.
“The players have been told that nothing has been won and that they must go back to Enugu to strive to get a good result and qualify for the next round in style. We are proud that we have started well and we hope to consolidate it when we get back to Nigeria.”
Rivers United also achieved similar result following their 0-0 draw with AS Real Bamako in the first leg of the preliminary round Caf Champions League on Saturday.  The Rivers side dusted themselves off after recent uninspiring performances in the Nigeria Professional Football League to hold the Malian side at the Stade Modibo Keita de Bamako and is now tipped to advance to the next round with home victory against the Malian side in Port Harcourt on 19th February, 2017.
By Olisemeka Obeche